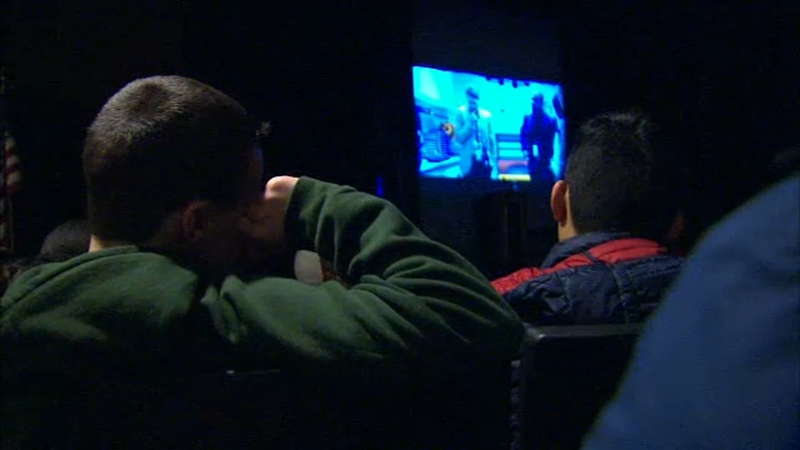 TEANECK, New Jersey (WABC) -- A New Jersey high school is using the power of film as a positive force for implementing change on gun violence, a very current and unfortunately familiar issue.

"From what I'm hearing from most students is that they were touched and really inspired," Teaneck Schools Superintendent Dr. Christopher C. Irving said.

Ralph's film, which will be featured in the Teaneck International Film Festival (TIFF), deals with a high school struggling to feel safe after the death of student due to gun violence.

"Initially, when we talked about bringing it to the high school, we were doing it with only the 11th and 12th graders," said Jeremy Lentz, an executive director for TIFF. "But the students advocated that the whole school needs to see this film."

Ralph's involvement with gun reform and with this particular film is a result of an up-close, personal and horrific experience with gun violence -- her son Etienne Maurice was shot four years ago during a robbery in Philadelphia and still suffers emotional and physical effects.

"I feel like if we encourage younger kids to be able to talk about their experiences and how they are affected by their traumas, I feel like we won't be seeing what we're saying in the news today, in regards to gun violence," Maurice said.

The forum was also a chance for the students to get their emotions out.

"I think in the back of a student's mind, there's definitely this idea that a school shooting could occur," freshman student Kasai Sanchez said. "And at any given second, our lives can be taken away."