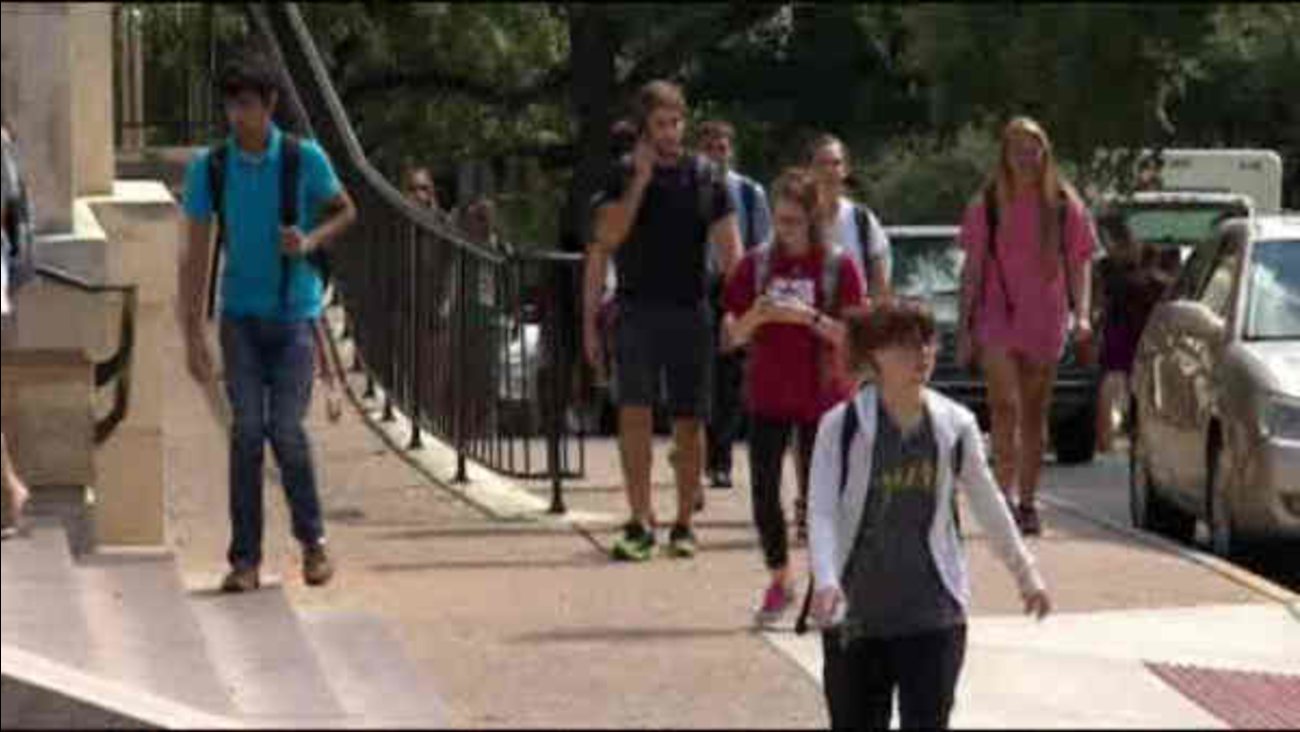 WASHINGTON -- Aiming to alleviate the burden of student loan debt, President Barack Obama expanded a program Monday that lets borrowers pay no more than 10 percent of their income every month, and threw his support behind more sweeping Senate legislation targeting the issue.

Flanked by student loan borrowers at the White House, Obama said the rising costs of college have left America's middle class feeling trapped. He put his pen to a presidential memorandum that he said could help an additional 5 million borrowers lower their monthly payments.

"I'm only here because this country gave me a chance through education," Obama said. "We are here today because we believe that in America, no hard-working young person should be priced out of a higher education."

An existing repayment plan Obama announced in 2010 lets borrowers pay no more than 10 percent of their monthly income in payments, but is only available for those who started borrowing after October 2007. Obama's memo expands that program by making opening it to those who borrowed anytime in the past.

Obama also announced he is directing the government to renegotiate contracts with federal student loan servicers to encourage them to make it easier for borrowers to avoid defaulting on their loans. And he asked Treasury and Education departments to work with major tax preparers, including H&R Block and the makers of TurboTax, to increase awareness about tuition tax credits and flexible repayment options available to borrowers.

"It's going to make progress, but not enough," Obama said. "We need more."

To that end, Obama used the East Room appearance to endorse legislation that would let college graduates with heavy debts refinance their loans.

"This should be a no-brainer," Obama said.

The Senate is expected to debate the legislation next week, but it faces significant opposition from Republicans, who disagree with the Democrats' plan for how to pay for it.

The dual strategy - taking executive action while urging Congress to finish the job - has become Obama's signature playbook this year. Stymied by gridlock as Congress marches toward the midterm elections, he has repeatedly sought ways to go around Congress with modest steps.

Under an income-based repayment plan created by Congress, the maximum monthly payment is already set to drop from 15 percent of income to 10 percent in July 2014. But that plan only affects new borrowers. Obama's "Pay as You Earn" plan uses another part of existing law to offer similar benefits to people who already borrowed to finance their education.

In previous Obama budgets, the White House has predicted that making the plan retroactive would cost the federal government billions of dollars in the early years. Asked about the costs Monday, Education Secretary Arne Duncan said the administration won't know how much it will cost until they go through the rule-making process to put the expansion in place.

"We actually don't know the costs yet," Duncan said. "We'll figure that out on the back end."

Republican leaders in Congress have faulted Obama's steps on loan repayments for failing to address the root cause: college costs that are too high.

"This was not a thought-out policy solution, but another in a series of political events designed to distract from the difficulties facing college grads in the Obama economy," said Don Stewart, a spokesman for Senate Minority Leader Mitch McConnell, R-Ky.