Sacred Heart in Newburgh shut down due to safety violations 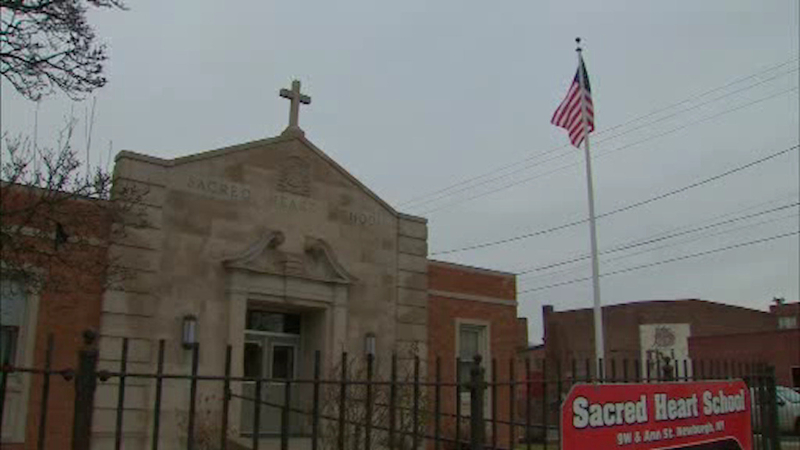 Sacred Heart in Newburgh shut down due to safety violations

NEWBURGH, New York (WABC) -- A Catholic school in Orange County was shut down after several safety violations were found.

Sacred Heart in Newburgh is shut down, condemned by the fire department.

It's a concern for his mother Gina who attended the school, as did her mother.

That may take some time. On Tuesday, the fire department responded to a call of smoke coming from the furnace, but that's when additional safety violations were found.

Classrooms in the basement are lacking the required number of doors, leaky pipes, and most seriously there are cracks in a first floor wall directly above the cafeteria.

Officials say the school cannot reopen until everything is fixed.

"We want to get them back in as fast as we can, but we want to do it safely," said Chief Terry Ahlers, Newburgh Fire Department.

Sacred Heart is home to 200 students and has been a fixture in Newburgh for over 60 years.

Some parents worry about the future of the school, which has so far survived regionalization by the Archdiocese of New York.

The principal says repairs are underway and, "We have begun exploring our options to relocate all students into one of two former catholic schools nearby."

"I want my kids back in school, I don't want my kids home anymore, and I just want the right thing to be done," said Maggie Welling, a parent.