Students at Hicksville middle school threatened with discipline during walkout 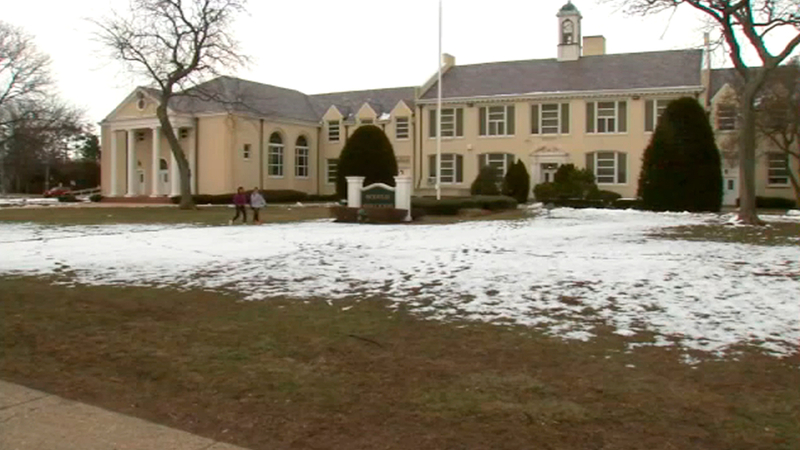 LI students who walked out threatened with discipline

HICKSVILLE, Long Island (WABC) -- Distance has no bearing when an unthinkable tragedy occurs in a space where innocent children are supposed to be safe.

"We wanted to honor their lives because their lives matter they deserve it," student Juliet Castaneda said.

Inspired by the tragic events in Parkland, Florida some 1,300 miles away, students at Hicksville Middle School joined countless others across the country Wednesday in a walkout demanding safer schools and stronger gun laws.

However instead of unity, they say they were met with adversity by one assistant principal in particular.

"One of the assistant principals stopped me and he said that if I went outside I would get suspended," student Anaya Raymond said.

"He was pulling all the kids by their shirts and their hoodies and also there was people by the stairwell, like the teachers and the monitors blocking the stairways and blocking all the doors," student Gabriella Drapeylo said.

Captured in social media videos, students say they recited the Pledge of Allegiance, had 17 minutes of silence for the victims and returned to class. But they say other students were physically prevented from going outside and when their group of 47 returned inside they were warned there would be consequences. Some parents were also called and told their kids would be punished.

"I have lunch detention on Friday, but she said to me that she's being generous by not giving me anything more," student Keylla Torres said.

"They said that I was going to be suspended which later changed to in school suspension and now it's a detention which is outrageous because I'm here protesting because this is something I believe in," Castaneda said.

"My husband received a phone call from the assistant principal, stating that the number of children who did walk out would have to have some kind of consequences because they broke the school rules for walking out," parent Sherly Castaneda said.

When contacted, a district spokesperson on Wednesday night denied any students will face suspension or detention. However they are now being invited to a special lunch on Friday to have an open dialogue on social activism. Still several parents we talked to say they're alarmed by these administrators actions.