YONKERS, Westchester County (WABC) -- Classes are back in session at a Yonkers school forced to close its doors after the discovery of mold on campus.

It was like the first day of school at PS-15 for students in lower grades, because Monday marked the first time they've been to their school in a month.

"I think they've done what they need to do," parent Maritza Torres said.

But even though teachers and some students are back, not everyone is confident about the return.

"I'm even skeptical of sending them now," parent Nazli Nadeem said. "If it's still safe for them."

The school was evacuated back on September 25 after ceiling tiles tested positive, caused by a leaking roof that is now under repair.

For the past four weeks, students in Pre-K to fourth grade relocated to a school down the street.

After cleaning, sampling and testing showed the building was clear, younger students returned.

Fifth through eighth graders have class at St. Bartholomew's and will remain there until the work is finished.

Yonkers Mayor Mike Spano says the incident points to a larger need for money from Albany to rebuild and repair schools.

The third floor of the building will remain closed for about a month while those repairs are finished.

The superintendent said the repair will be too noisy to have class on the third floor, so that is why not everyone returned to school Monday. 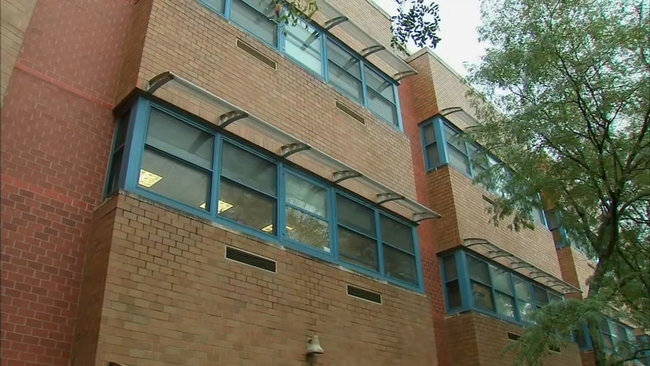