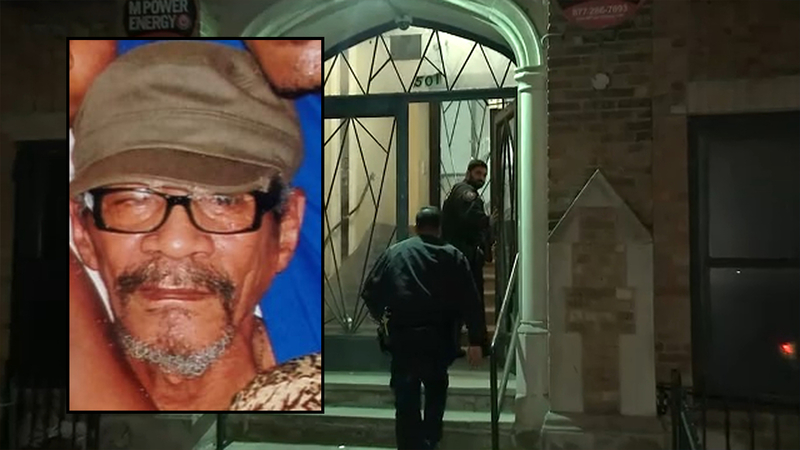 CROWN HEIGHTS, Brooklyn (WABC) -- An 85-year-old man was fatally stabbed in his Brooklyn apartment, allegedly by a woman he invited inside.

The victim, Edill Gonzales, reportedly called the 48-year-old woman to his apartment on Lefferts Avenue in Crown Heights Thursday night.

Police say she fatally stabbed him during what is believed to have been a dispute over compensation for sexual activity.

The woman, Nicole Waiters, was taken into custody and charged with second-degree murder and criminal possession of a weapon. A knife was recovered at the scene.

The victim's son described him as a spiritual family man who also liked to have a good time.

Authorities say the woman has prior arrests for sex-related crimes and also allegedly stabbed another man earlier this month, but she was released without bail according to the state's new bail reform laws.

Waiters was arrested January 6 after police say she stabbed a 53-year-old man in her Bronx apartment. She had a valid order of protection against the man when he arrived at her home on Nelson Avenue at 3:30 a.m.

She stabbed him in the neck and arm, and he was taken to Lincoln Hospital. A kitchen knife was recovered at the scene.

The case was treated as an incident of domestic violence, and Waiters was released on her own recognizance.

Waiters has 43 prior arrests, many for possession of a controlled substance, along with arrests for prostitution, assault and trespassing

The building's super said that he warned Gonzales about the women often seen coming and going from his apartment.

"I always talk to him about that, 'Stop carrying all these women inside there,'" Renicks Thomas said. "He wouldn't listen. I was concerned because I figure something might happen to him with these women."