Man found dead on top of elevator in Flushing, Queens 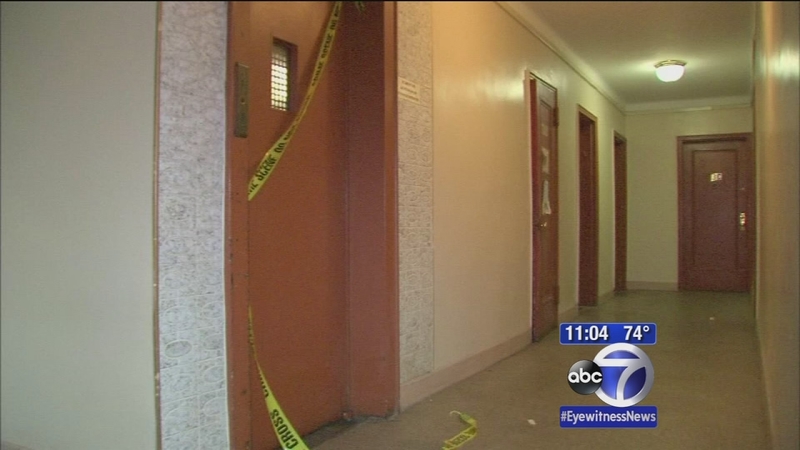 FLUSHING (WABC) -- A man was found dead on top of an elevator Wednesday in a Flushing, Queens apartment building.

On the third floor of the building on Frame Place, crime scene tape still blocks access to the old elevator. One floor up, there's a banged up refrigerator and a pool of blood.

A man died an awful death, apparently falling down the shaft while carrying the fridge.

"The policeman opened the door I see this man laying there, a small refrigerator lying on his chest," Chirou said.

Authorities believe the man was trying to carry it the fridge downstairs. But when he pulled open the elevator door, he didn't realize the car wasn't there, and he plunged into the dark.

"Used the key, opened the door, and a foot fell out. That's how we knew," a repairman said.

An elevator repairman discovered the body when trying to fix the stuck car Wednesday afternoon.

"Somebody's stuck in the elevator every two to three days and the issue hasn't been fixed yet," said Doris Cassinelli, a resident.

Since 2005, city records reveal seven complaints, inspectors issued four violations, but on three occasions they showed up after the problem was fixed.

"They don't come the same day, they come back after three to four days and the problem is fixed again. So they are just assuming that it is fixed," Cassinelli said.

In fact, tenants say they've simply stopped calling when they notice a problem.

Just three weeks ago, Chirou, who's wheelchair bound and depends on the elevator, says he tested it out and had quite a scare.

"I opened the door; I push the button down to the basement. The door's still open, but the elevator goes down. If I was too close to the elevator, could have happened to me," Chirou said.