Woman rescued after being stuck in Manhattan elevator for entire weekend 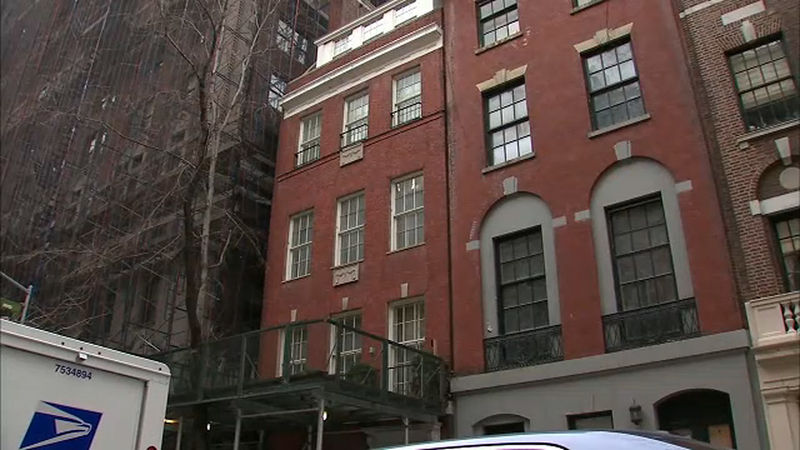 UPPER EAST SIDE, Manhattan (WABC) -- A woman who was stuck in a Manhattan elevator for the entire weekend was finally rescued Monday morning.

The FDNY responded to 48 East 65th Street on the Upper East Side just after 10 a.m. and rescued the victim, who was stuck between the second and third floors of the townhouse.

The woman, a 53-year-old cleaning employee, had reportedly been stuck since Friday.

Authorities say no one else was home while she was working in the private townhouse.

The woman might have been trapped there for significantly longer were it not for a courier who tried to make a delivery but got no answer, police sources say.

The driver called the homeowner out of state who then called a family member who lives in New York City. That woman came to the house, and let herself and the courier in. They both discovered the woman trapped in the elevator.

Firefighters forced open the door, and EMS transported the victim to the hospital in stable condition.

Hugo Martinez is a construction worker at a site next door who saw the woman as she was being carried out of the building.

"She was on the stretcher, she was unconscious I think," he said in through a translator. "I don't know her. I just found out that someone had been stuck in the elevator."

According to Department of Buildings records, the elevator was inspected last July, with no violations found.

An inspector showed up to the house but wasn't given access, prompting the buildings department to issue an aggravated violation for failure to provide access to inspectors. Officials say additional enforcement actions may be issued.

"We got to do a full test to see if it's correct, does it have a phone, even if it's such a small elevator," DOB inspector Devon Simmons said. "I don't know until I get in, will be able to say."

The luxury townhouse is owned by Warren A. Stephens and his wife, Harriet Stephens.

Stephens Inc., his investment bank based in Little Rock, Arkansas, is working up a statement.

"The employee involved has been a valued member of the Stephens extended family for 18 years. The Stephens family is relieved and thankful that she is doing well in the hospital. A Stephens family member accompanied her to the hospital this morning and remains at her side. The cause of this unfortunate incident is being investigated and appropriate measures will be taken to ensure that something like this never happens again."