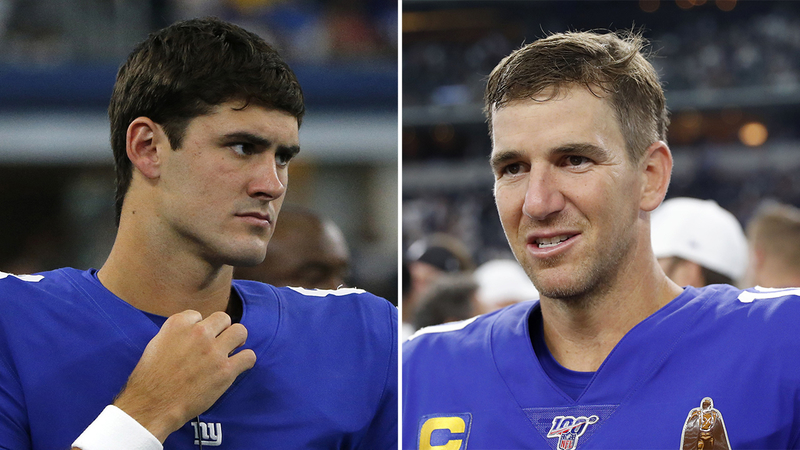 In a post on the Giants website, Shurmur said. "I told (Eli) that we are making a change and going with Daniel as the starter. I also talked to Daniel. Eli was obviously disappointed, as you would expect, but he said he would be what he has always been, a good teammate, and continue to prepare to help this team win games. Daniel understands the challenge at hand, and he will be ready to play on Sunday."

The Giants told the two-time Super Bowl-winning quarterback right before they made the pick that it would be his job as long as he was winning games. That hasn't happened so far.

The Giants are 0-2 for the sixth time in seven seasons and haven't been competitive the first two weeks, in part because of a defense that has struggled mightily.

Manning has been the Giants' starter for the better part of 16 seasons. He holds just about every franchise passing record and is considered by most the best quarterback in franchise history.

The 38-year-old Manning has been the Giants' starter since replacing Kurt Warner after nine games in the 2004 season, the year Manning was traded to New York by San Diego after it took him with the No. 1 overall pick.

Manning led the Giants to Super Bowl titles following the 2007 and '11 seasons, beating Tom Brady and the Patriots both times.

Meanwhile, the New York Jets have their own quarterback woes after learning back-up QB Trevor Siemian is lost for the season with an ankle injury. Third-string quarterback Luke Falk will start until Sam Darnold returns in a few weeks, the team announced.

(Information from the New York Giants and ESPN)