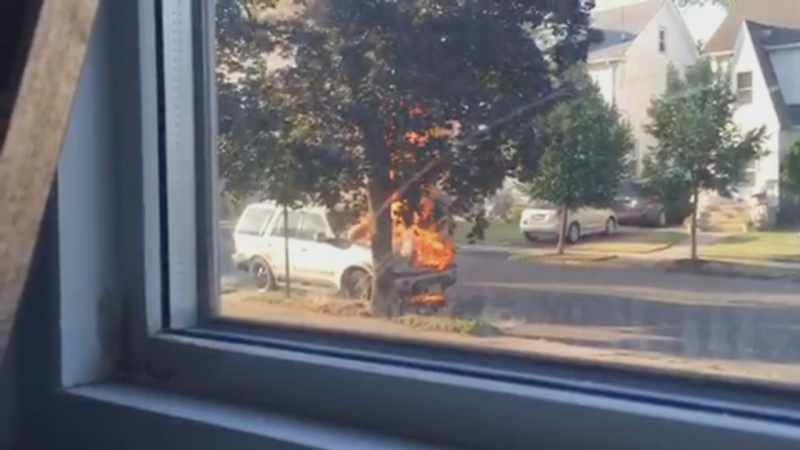 ELIZABETH, N.J. -- A man in Elizabeth, New Jersey looked out his window and captured his neighbor's SUV exploding on camera!

It happened Friday just after 6:30 p.m. on Melrose Terrace.

Eduardo Siguenza says that the vehicle was beeping continuously for some time.

He started rolling once he noticed that the van was on fire.

Firefighters arrived at the scene and put out the fire. 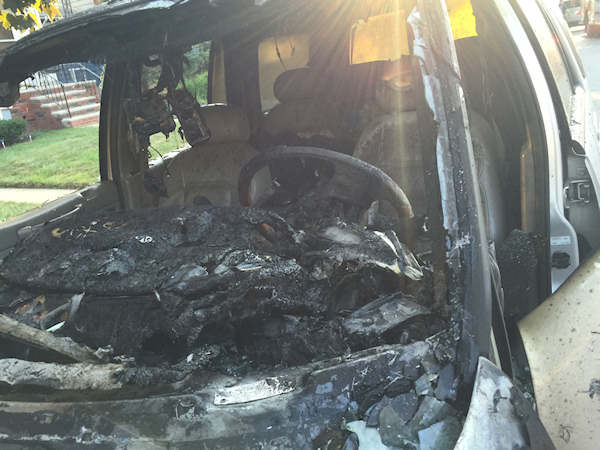 So far, there's no word on the cause.