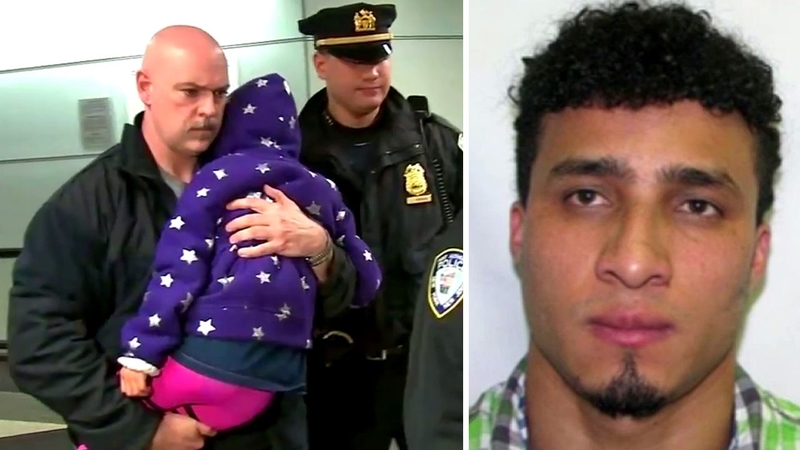 DOWNTOWN BROOKLYN, New York (WABC) -- Police have arrested the man suspected of murdering his wife in Connecticut and then bringing his 5-year-old daughter to New York City, where he allegedly abandoned her in the Port Authority Bus Terminal.

Authorities say 32-year-old Elmer Gomez Ruano was found Friday in Brooklyn, where he was taken into custody by US Marshals near a homeless shelter on Clay Street in Greenpoint.

He used cell phones he borrowed from shelter residents and investigators were able to piece the calls together and track him down.

"Not going to tell you how we got him, but we got him. He's in custody fright now. Either Stamford Police and Port Authority will prosecute him from there," NYPD said.

The 32-year-old year old is suspected of murdering his wife and abandoning their daughter.

Dionicia Bautista was found dead inside their Stamford apartment Monday.

Their 5-year-old daughter told Port Authority police her dad left her at the bus terminal, saying he would be right back but he never returned.

Bauptista's relatives in Guatemala have been desperately trying to get information

Bautista and her daughter just moved in with Ruono from Flemington, New Jersey, it was supposed to be a happy reunion after being estranged.

Ruono worked as a dishwasher and has no criminal record.