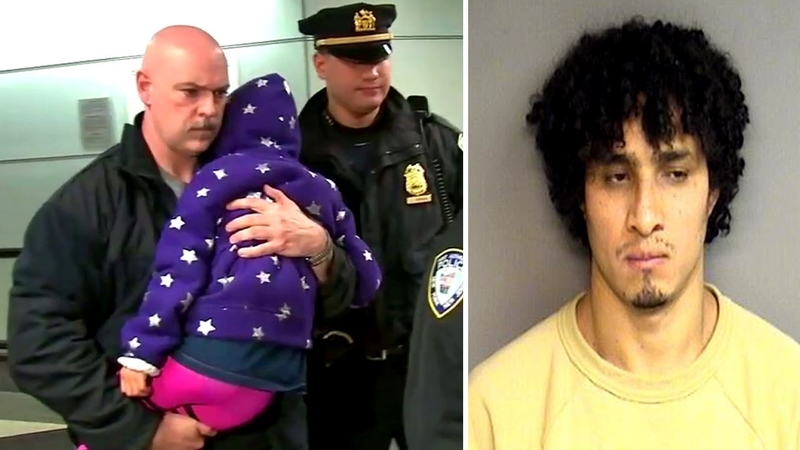 STAMFORD, Connecticut (WABC) -- The man accused of killing his wife in Connecticut and then dropping their 6-year-old daughter off at a public building in New York City last month appeared in court Friday and pleaded not guilty to murder charges.

Stamford police said the day before the murder, Cano Bautista and her daughter moved from Flemington, New Jersey, to Connecticut to reunite with Gomez Ruano at his home on Courtland Avenue.

The next morning, the estranged-then-reunited couple reportedly got into an argument, and that's when police said Gomez Ruano killed Cano Bautista.

According to the arrest warrant, the fight was over an apparent love triangle. During the argument, it reads, Cano Bautista grabbed a knife, and Gomez Ruano told her to kill him so she and her new lover would be happy. She allegedly cut him, and he told her again to just kill him before he was able to get the knife way from her. The warrant says he told her someone had to die, either him or her, and then grabbed her by the throat and choked her before smothering her with a wet towel for 30 minutes until she stopped breathing.

From there, detectives said Gomez Ruano took their daughter to the Port Authority Bus Terminal in Manhattan, where he left her at a gate and never returned.

The girl caught the attention of workers and told Port Authority police her dad said he would be right back.

Gomez Ruono worked as a dishwasher and has no criminal record.

His lawyer spoke after the hearing and said not every death is a murder, and that perhaps Cano Bautista fell during the argument and hit her head.