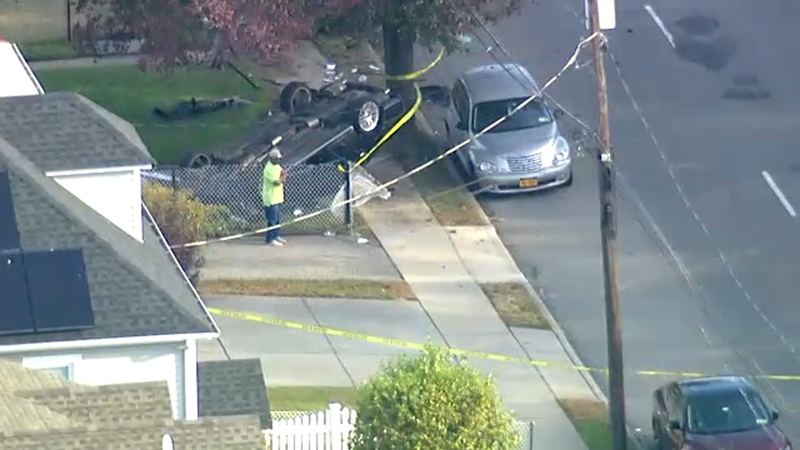 The crash happened around 3 p.m. at Elmont Road and Dutch Broadway in Elmont.

Police say one of the vehicles left the roadway, hit a tree and a pole, struck the children and flipped over, ending up in someone's yard.

The students, three girls and one boy, were on the sidewalk after just having left Elmont High School.

Authorities say two of them, both girls, are in critical condition, while the other two are in serious condition.

The investigation is ongoing into how the crash occurred.