Employee stabbed, suspect run over after fight at bar in Queens 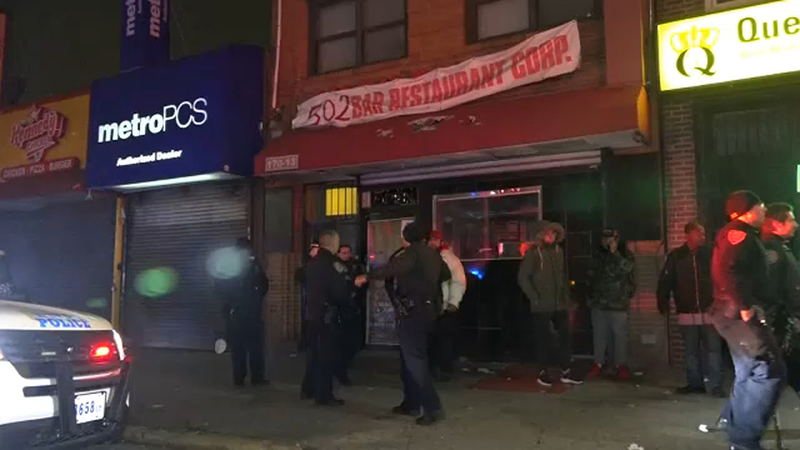 Employee stabbed, suspect run over after fight in Queen

JAMAICA, Queens (WABC) -- A worker was stabbed during a violent bar fight in Queens.

The man's boss then took matters into his own hands, chasing after the suspects in his van.

It happened at a bar and restaurant on Jamaica Avenue in Jamaica.

Police say the employee was stabbed in the back and people then poured into the streets.

The bar manager got into a van and followed five men involved in the altercation.

The manager jumped the sidewalk about a block away and hit two of the five men, one of whom was the suspect in the stabbing.

Police arrested the driver and the group of men.

The bar employee who was stabbed is expected to survive.