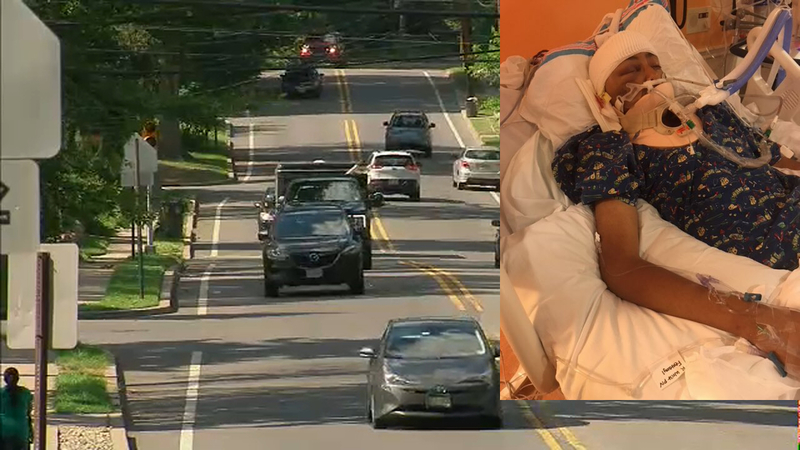 ENGLEWOOD, New Jersey (WABC) -- A 15-year-old boy is in a New Jersey hospital with his family by his side, hoping he will pull through.

He was hit by a car in Englewood that took off and left him in the street, authorities say.

Like a lot of kids his age, Cristian Valdez is full of life and promise.

But now the high school freshman is fighting for his life, after police say he was mowed down by a hit-and-run driver.

The teen is in a medically induced coma with severe head trauma and a collapsed lung, lacerated kidney and an injured spleen.

His mother Madel Valdez describes an excruciating pain, to look at her son lying in his hospital bed and not being able to communicate with him, not knowing if her child is suffering.

Police say the Englewood teen was run down while riding a skateboard Monday around 11 p.m. on Knickerbocker Road by Bilmar Place, found by another driver lying there.

It is not known how long he was there before help arrived.

"We hope that we can hear what we're saying to him so we just talk to him everyday," said the victim's brother Manuel Valdez.

Cristian was rushed to the hospital in critical condition. But his brother says he's now stable and able to breathe on his own.

His family says he will need three weeks to recover and then he'll need rehab and therapy.

He'll need six months to learn how to walk and talk again, and doctors say he will probably suffer from memory loss.