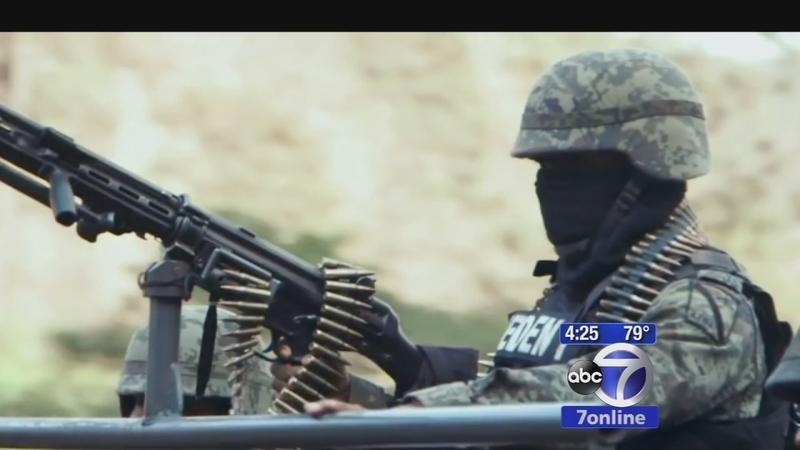 NEW YORK (WABC) -- What story is so compelling it is worth risking your life to tell? One filmmaker found his answer south of the border in "Cartel Land," where one gang rules and the drug war never ends.

"I wanted to make a film sort of taking this story out of the headlines and putting myself, putting my camera right in the middle of the action," filmmaker Matthew Heineman said. "Seeing the effects of these drugs wars on everyday people, and seeing the response of everyday people rising up to fight back."

"Cartel Land" won the award for best U.S. documentary at this year's Sundance Film Festival, and critics call it electrifying. The new film grabs you and nails you to your seat and forces you to look at the consequences of "Breaking Bad" like no fictional show ever could.

"What we see in this film is really what happens when government institutions fail," Heineman said. "They're living in a lawless world."

The film tells the story of two groups of armed citizens - one in the Mexican state of Michoacn - the other in Arizona. These citizens call themselves "vigilantes upholding the law where there is no law."

The documentary begins and ends at night - in the desert where methamphetamine is made for export to the U.S.

Meeting them wasn't even the scariest part, says Heineman, who got caught in the crossfire between the local drug cartel and the vigilantes.

"You really, truly didn't know especially as the film went on whether you're with the good guys or the bad guys," he said. "By the end of the film the lines between cartel-vigilantes-government, they're quite, quite blurry, and that's what makes this film such a journey."