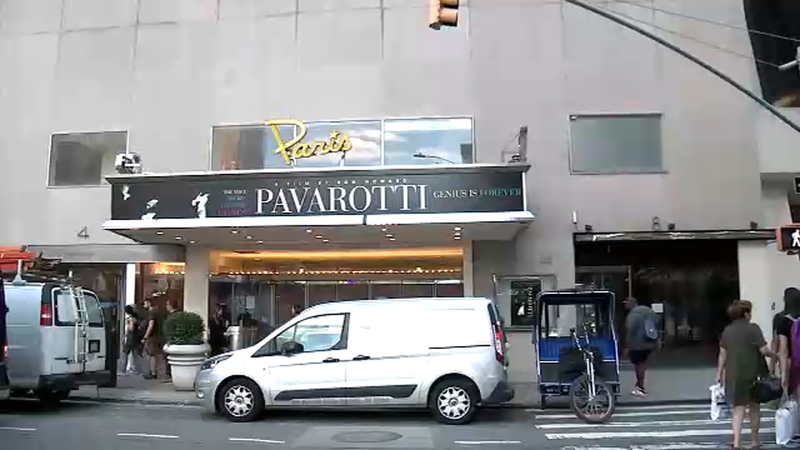 MIDTOWN, Manhattan (WABC) -- After more than seven decades in the heart of Manhattan, the Paris Theatre has closed its doors for the last time.

A note was posted on the theatre's doors on 58th Street this week saying that its lease had ended.

Rumors had been circulating about its closure since June.

The iconic Paris Theatre opened in 1948. It was the last single-screen movie theatre left in New York City.

"I used to come here with my mom when I was a teenager," one woman said after seeing the closure notice. "We would go to Bergdorfs, we would come here, so this is really like another one bites the dust. I can't believe it."

Marlene Dietrich cut the ribbon on the theatre when it opened, and on the corner of Grand Army Plaza right next to the Plaza Hotel, it has occupied a prime spot in high culture for decades as one of the only places to see independent and foreign films.

But the world has changed, with Netflix and smartphones, and the theatre's owner lost his lease.

Workers came Thursday to remove equipment that was no longer needed.

"It's a piece of New York, a piece of history, and I know many people will miss it," said a woman passing by.