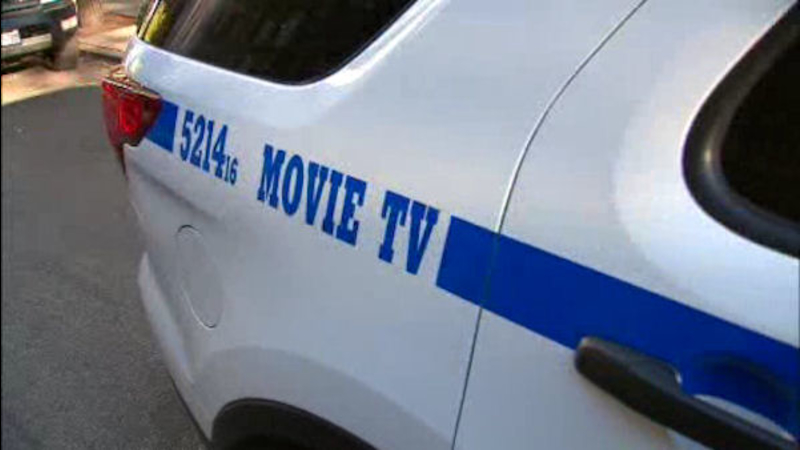 NEW YORK CITY (WABC) -- Film and television production is at an all-time high in New York City, with more than 50 television series and a dozen movies being filmed in the Big Apple. The elevated activity is keeping the NYPD's Movie/TV unit on its toes.

The NYPD unit is the only such police unit of its kind in the country, formed 50 years ago in 1966. New York City will issue 12,000 production permits this year, and much of the success of these production shoots would not be possible without the assistance of the NYPD group.

"We're the only major American city that has a dedicated police unit for film and TV," said Julie Menin, commissioner of the Mayor's Office of Media and Entertainment. "And it's important, because first of all, it makes sure that production navigates smoothly in any community that we're in."

In late October, Menin joined Lieutenant Noe Campos, head of the NYPD Movie/TV unit, on the set of the ABC series "Quantico."

All filming is monitored by the unit's officers to account for safety for both the production team as well as the community. Even when dealing with props, Officer John Chuchla said they make sure they'll be no problems.

"They are filming a fight scene today where they're struggling with a .09-millimeter with a silencer," Chuchla said. "This is a prop gun that will be used. What we always do is we double check before they actually start to film."

Chuchla is a decorated 22-year veteran of the force, who worked at ground zero on 9/11.