Sandy Kenyon reviews 'Vice,' 'On the Basis of Sex' 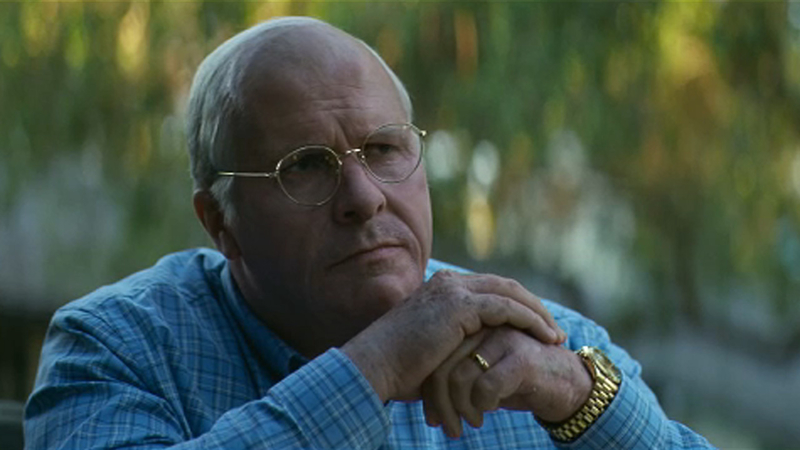 Sandy Kenyon reviews 'Vice,' 'On the Basis of Sex'

NEW YORK (WABC) -- Two movies about two icons hit theaters this Christmas, and both are worth seeing but for different reasons.

The first is "Vice," directed by Adam McKay. His film "The Big Short" earned him an Oscar and a nomination for his star, Christian Bale. They've teamed up again, and the result is one of the best films of the year.

"Vice" is billed as a comedy, but I didn't find it very funny all. And when I was laughing, it was to keep from crying at this dark tale of the most powerful vice president in American history.

Bale is almost unrecognizable as Dick Cheney, and his portrayal is so real -- with Amy Adams so convincing as his wife Lynn -- I thought I was looking at a documentary. But "Vice" is, in fact, a vicious satire that plays fast and loose with the facts.

Sam Rockwell doesn't look much like President George W. Bush, and the same can be said about Steve Carrell as former Secretary of Defense Don Rumsfeld. But both capture the spirit of the men they play.

"Vice" is thought provoking, entertaining and sure to anger liberals and conservatives alike, each for very different reasons.

The next film offers a slice from the life of Ruth Bader Ginsburg, who was born in Brooklyn and grew up to be a Supreme Court Justice. Along the way, she fought against all forms of discrimination "On the Basis of Sex."

This is a worthy tribute and well worth seeing, but Felicity Jones isn't the perfect person to play Justice Ginsburg. And if you only have time for one movie about her, go see the documentary "RBG"

Natalie Portman was supposed to play Ginsburg, but she could not make the schedule work. She would have been a better choice.

All involved do their best, though this movie doesn't feel as essential as "Vice" -- which will be on my list of the 10 best movies of the year.