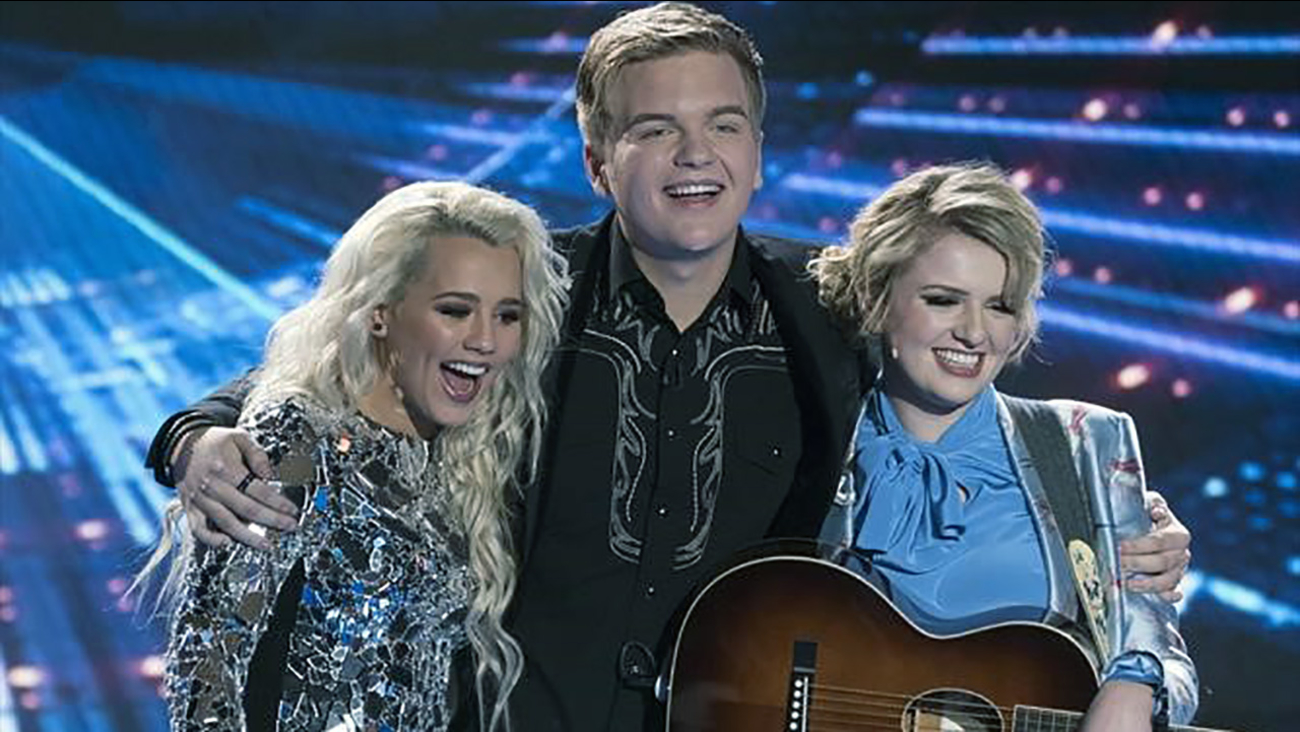 LOS ANGELES (WABC) -- The ABC reboot of "American Idol" reaches its climactic conclusion Monday night, with the latest winner set to be crowned.

A trio of young performers remains, with each hoping to have careers equal to the likes of past contestants like Carrie Underwood, Jennifer Hudson, and the first winner, Kelly Clarkson.

Sunday night was round one of a two-part finale, and viewers saw three performances from each of the contestants.

Visits to their hometowns via private jet gave them a taste of stardom.

"I felt actually that was your weakest performance I've ever seen," she said.

"I'm just authentically who I am, and I don't try to be anybody else than who I am," Hutchinson said.
If he's authentic, then contestant Maddie Pope can best be described as "original," to use her word.

Rounding out the finalists is Gabby Barrett, who believes her goal is simple.

"To be able to come on this season and sing anything that anybody threw at me," she said. "So that's what I've been trying to do this whole time."

All three have grown in confidence throughout this season.
"American Idol" ends Monday, with each finalist singing a duet. Barrett gets to perform with one of the judges, Luke Bryan. Hutchinson sings with Darius Rucker, while Poppe drew Kermit the Frog.

The finale airs at 9 p.m. on Channel 7, after the finale of "Dancing with the Stars."