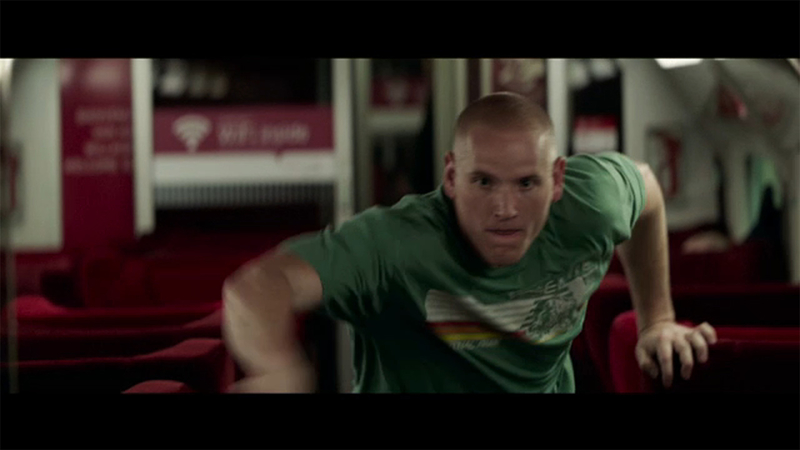 NEW YORK (WABC) -- The incredible bravery of the three American tourists who stopped a terror attack on a train in 2015 plays out on the big screen in "15:17 to Paris."

Hiring heroes to play themselves in this new movie must have sounded like a good idea, but it isn't!

They are ordinary guys who act in extraordinary ways, so how come this movie is so mundane?

It's hard to argue with Clint Eastwood under any circumstances, and it's especially tough to criticize him when the Oscar-winning director hires real-life heroes to play themselves, but that doesn't mean it is a good idea nor should it oblige you to spend your money to go see "15:17 to Paris."

The title refers to the train carrying the lifelong friends on a tour of Europe, a journey interrupted in dramatic fashion by a terrorist aboard the train.

Based very closely on the real 2015 incident, the attack itself is expertly staged.

I admit it is powerful watching the real people, including one of the victims, re-enact such a dramatic event. It definitely feels true-to-life and the aftermath, when the men are hailed as heroes, brought a tear to my eye.

So, you might ask, 'what's my problem with the movie?'

All that I have just described takes up just 20 minutes of this picture. The rest, what happens before the guys take that 15:17 train to Paris, could not be more boring!

Watching them as kids, seeing two of them enlist is dull enough, but when they meet in Europe for what seems like an endless travelogue, my eyes glazed over and the limitations of these guys, their lack of training as actors, become more obvious.

What's truly shameful is the way female characters are given short shrift: introduced for a scene or two and then allowed to disappear. This is one more reason to avoid the movie.