WABC
Nearly one year after telling the world he had stage 4 pancreatic cancer, "Jeopardy!" host Alex Trebek announced that he is now one of 18% of patients to survive the first year after diagnosis.

On March 6, 2019, Trebek told the world about his diagnosis, promising fans he would fight and beat the low survival rate statistics.

Now, he's talking about his plans to defy the odds again and be among the 7% of patients to reach the two-year mark.

"My oncologist tried to cheer me up the other day ... He was certain that one year from now, the two of us would be sitting in his office celebrating my second anniversary of survival," he said. "If we take it just one day at a time, with a positive attitude, anything is possible."

A one-year update from Alex: pic.twitter.com/W9101suZeZ

The 79-year-old game show host admitted that this past year had not been easy, and, at times, filled with great pain and depression.

"Now I'd be lying if I said the journey had been an easy one," he said. "There were some good days, but a lot of not so good days. I joked with friends that the cancer won't kill me, the chemo treatments will."

Pancreatic cancer is the fourth leading cause of cancer deaths in America, according to MD Anderson Cancer Center in Houston, afflicting an estimated 50,000 Americans each year.

Trebek has served as the face of the game show since it made its debut in daytime syndication in 1984. With nearly 8,000 episodes under his belt, he holds the Guinness World Record for Most Game Show Episodes Hosted by the Same Presenter.
Report a correction or typo
Related topics:
arts & entertainmentalex trebekcancerjeopardy
Copyright © 2020 WABC-TV. All Rights Reserved.
ALEX TREBEK

'Jeopardy! GOAT' trio react to the end of tournament 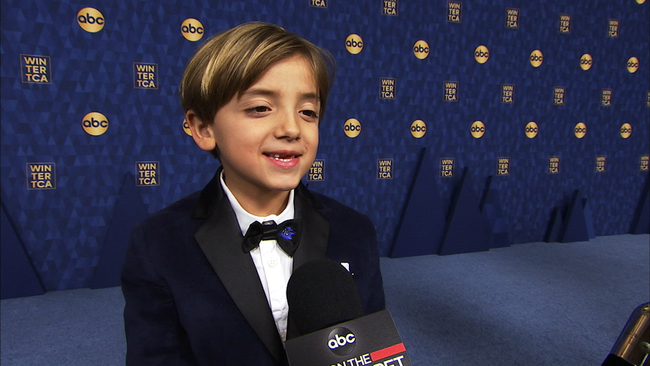