Backstage with Sandy Kenyon: The stars of 'Stumptown' 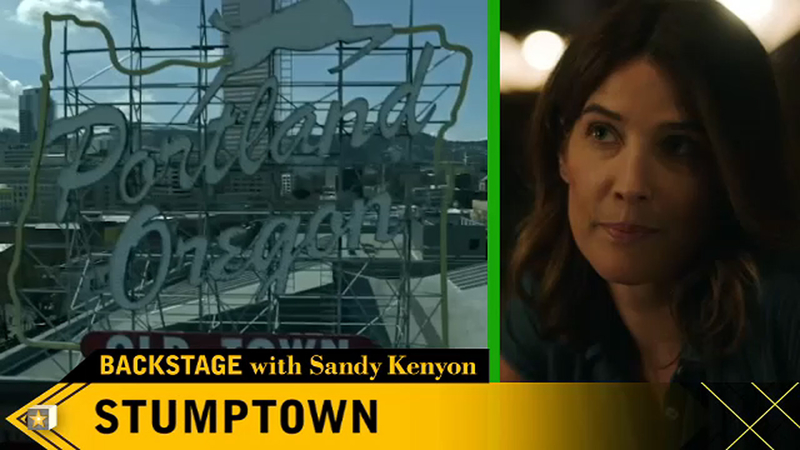 Backstage with Sandy Kenyon: The stars of 'Stumptown'

"She's very uncompromising, and she's very strong," the actress said. "But she has got a lot of demons."

The pages of a graphic novel of the same name, which references the nickname for Portland, Oregon, come to life in the new drama.

"Most people don't know Stumptown is a nickname for Portland," actor Michael Ealy said. "It's a city that has a lot of pride, but they're not huge on the world map."

There are secrets and complex characters, but the strong-will Perios is at the forefront.

"It's quite refreshing to play a character who's just going to do what she wants to do," Smulders said.

That being said, her life is not without complication.

"Nothing about her life is really going well," actress Camryn Manheim said. "She gambles, she drinks, she's a sex addict, she's a mess."

Jake Johnson plays Grey McConnell, a bartender who serves as a potential love interest, though for now, they're "just friends."

"They had a one-night stand, but through that one-night stand, they sort of attempted as much of a relationship as they could," Smolders said. "And they came to the decision after meeting Ansel (Parios), who plays my brother on the show. And they both love this kid so much, a priority in the relationship for both of them is to be there for this kid."

Still, Johnson says it's early in the series and anything is possible.

"I don't necessarily see the character of Dex as so crazy," Johnson said. "I'm like, yeah, she's a good lead character. She's tough, she does it her way, she's not a mean person."

Manheim said she was quick to get on board.

"It was a no-brainer for me to do this script," she said. "I thought, I want to be in that pilot. We're women, are smart and funny and sharp and articulate, and get the job done."