WABC
By Toni Yates
WESTFIELD, N.J. (WABC) -- The only child of Whitney Houston and Bobby Brown was buried next to her mother in New Jersey Monday.

It's the same funeral home that handled arrangements three years ago for Whitney Houston. 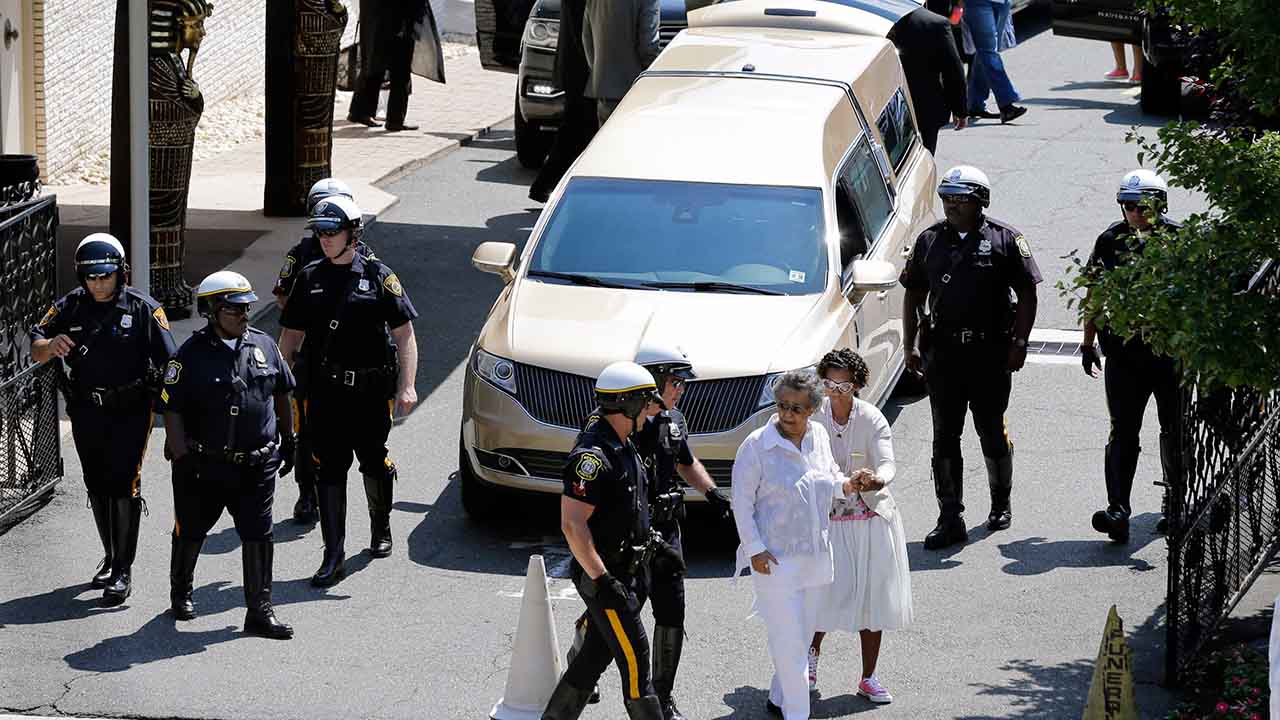 "It's just a tragic time and I just wanted to show my gratitude, support," one of the fans said. "Life is too short, so we all should come together."

Three years go, Whitney Houston had been found unconscious and unresponsive in a bathtub at The Beverly Hilton Hotel in California - the night before the Grammy Awards in February of 2012.

"After Whitney died I wish she would have a little more supervision," another mourner said. "I don't care how hard she would have fought against it."

Drama plagued Bobbi Kristina's life even after death. Her aunt, Leolah Brown, was kicked out of her funeral service this past Saturday after accusing Pat Houston, Bobbi Kristina's aunt on her mother's side, from trying to profit off her death.

Bobby Brown's sister vowed the family feud was "far from over" between their family and the late Whitney Houston's kin during the memorial service.

A frustrated Leolah Brown walked out of the St. James United Methodist Church in Alpharetta and spoke to reporters gathered outside. She was angry because of some words that were said during the funeral by Pat Houston, the sister-in-law and former manager of Whitney Houston.

"I told her that Whitney is going to haunt her from the grave," Leolah Brown told reporters outside the church.

Before she went back inside the church, Leolah Brown expressed her love for Bobbi Kristina and Whitney Houston. But she ultimately spewed more venom toward Pat Houston, calling her a "phony" and not a "blood relative."

"It's just getting started," she said.

Bobbi Kristina, who dreamed of growing up to achieve fame like her mother, died in hospice care July 26, about six months after she was found face-down and unresponsive in a bathtub in her suburban Atlanta townhome on Jan. 31. 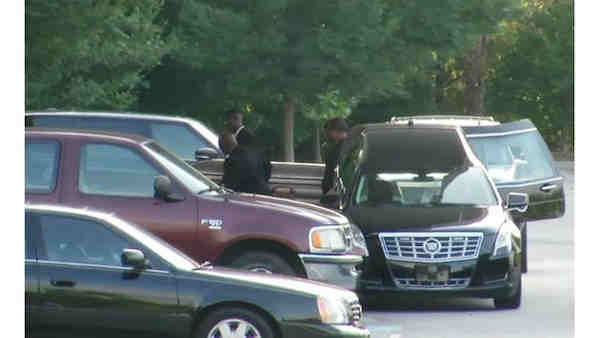 PHOTOS: Bobbi Kristina Brown Funeral
Bobbi Kristina Brown, the only child of Whitney Houston and R&B singer Bobby Brown, died in hospice care July 26. Her memorial service was held Aug. 1 outside Atlanta.
For years, there's been a longstanding rift between the families of the young woman's famous mother and father. Bobby Brown briefly appeared at Houston's funeral three years ago, saying he and his children were seated but asked repeatedly to move. Brown said he left because he didn't want to create a scene, but was upset.

Bobbi Kristina was found in the townhome she shared with Nick Gordon, an orphan three years older, whom Houston had raised as her own. Bobbi Kristina referred to him as her husband. A police report earlier this year described the incident as a drowning, and authorities are investigating her death.

Relations between Gordon and other relatives have soured over the past few years, especially after Bobbi Kristina was hospitalized. A protective order barred him from being within 200 feet of Pat Houston. And a feud erupted over whether Gordon could visit Bobbi Kristina while she stayed in the hospital.

Leolah Brown said she believes Gordon was involved in the death of her niece, who was raised in the shadow of her famous parents' hugely public life.

She appeared alongside the couple in 2005 on the Bravo reality show "Being Bobby Brown," which showed her parents fighting, swearing and making court appearances. She attended award shows with her mother and father, walked red carpets with them and sang in Central Park with Houston as adoring fans watched.