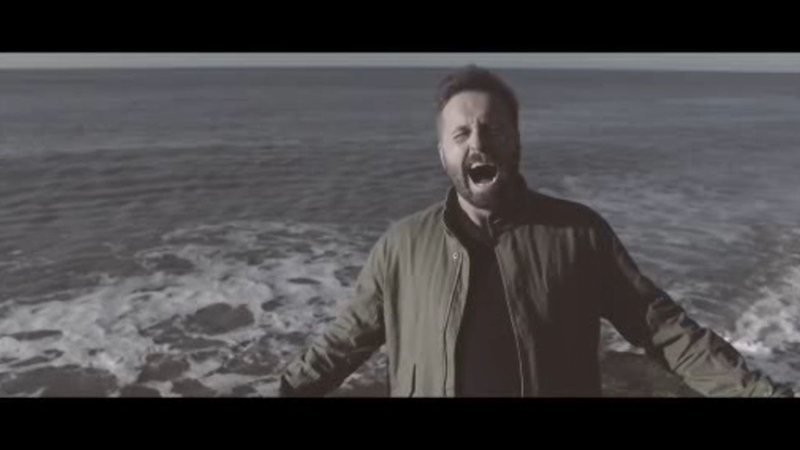 NEW YORK (WABC) -- This past season, British singer Alfie Boe starred in not just one, but two Broadway shows.

Lead roles in "Finding Neverland" and "Les Miserables" are an impressive accomplishment, but that's not what makes him so interesting.

His story begins in the north of England, where Boe worked in a factory for the equivalent of $110 a week. He was a young man with a song in his heart, until a chance encounter led to worldwide fame.
Boe has paid tribute to United States servicemen and women at the National Mall in Washington, sung for the Queen of England from the balcony of her palace in London, and been the toast of Broadway. And now, he is recording a new album in SoHo with another stage star, Michael Ball.

His success is even more remarkable given his blue collar background.

"I sort of look back, and I do think it's been quite a journey," he said.

It is a journey that began as an auto worker.
"I used to sing a lot around the factory at work and along to the radio," he said. "At one point, I was at end of the line, polishing this car, singing away. The owner of the car turned to me and said, 'You have a good voice. You should do something with it.'"

Boe had been in amateur productions, but he had never sung professionally.

However, his co-workers urged him to go for it.

"They said, 'Look, you have this opportunity,'" he said. "'If you don't do it, we'll get your coat and push you out the door.'"
Today, those former co-workers get to cheer him alongside royalty, as one successful audition led to another. And a couple of decades later, to wherever the best music is performed.

"I pinch myself every day," he said. "I think, coming from a car factory, you have to be grateful for what you're doing."

He has performed for Britain's Queen Elizabeth numerous times, and she even invited him to tea at Buckingham Palace. But for all his remarkable success, Boe remains down to earth. His career is a reminder of what's possible for anyone who, to use his words, "has the determination to have a go."
Related topics:
arts & entertainmententertainmentles misérablestheatersandy kenyonbroadway
Copyright © 2021 WABC-TV. All Rights Reserved.
TOP STORIES
AccuWeather: Flash Flood Watch in effect for NYC, Tri-State
1 dead, 14 hurt in grocery store shooting near Memphis
Arrest warrant issued for Gabby Petito's fiance Brian Laundrie
Vaccine deadline looming for NY health care workers, NYC teachers
Jan. 6 committee issues subpoenas to 4 Trump loyalists
Former Eyewitness News reporter Chauncey Howell dies at 86
14-month-old boy falls down manhole at NJ playground, mother saves him
Show More
Glass panel falls 5 stories from NYC building, shatters on sidewalk
Runaway bull finally corralled after 2 months on the loose
The battle over vaccine mandates in Newark
Kids participating in COVID vaccine trials offer hope to families
Why breakthrough COVID cases are concerning
More TOP STORIES News