WABC
By Sandy Kenyon
BUSHWICK, Brooklyn (WABC) -- Amalia Watty has sung in subway cars in New York City, and now, she's headed to Hollywood on "American Idol." Identified as a babysitter from Brooklyn on the show, Watty is tomorrow's star, here, today.

I spent the morning with her in Bushwick following her debut on the show, performing Bob Dylan's "Make You Feel My Love." Amalia made the judges feel her love of music, and they gave her a golden ticket to Hollywood.

Lionel Richie told her that her range, sound and uniqueness were all the things the judges are looking for, and Katy Perry said she needed more of Amalia's sound. Luke Bryan called her soulful and cool.

"Hearing it from Lionel and Katie and Luke, who have been through it and who I look up to in so many different ways, it was like wow," Watty said. "I feel like I'm doing something right, and you know, I have a chance."

Originally from Anguilla, Watty came to the city from the Caribbean more than a decade ago. She performed anywhere folks would listen, most notably on the subway, which made her voice stronger because she "had to belt."

Watty tried out for "American Idol" before without success, but she kept at it, and listening to her play in her apartment and sing lyrics like "You Ain't Seen Nothing Like Me Yet" made me a believer. Her Afro reminded Lionel Richie of his younger days, when he was in "The Commodores."

Her joy was obvious as she was shown on TV emerging with her ticket.

Watty said there's been many times when she has asked herself if she should continue doing this, and it gave her more motivation to keep going.

Watty has built a local fan base after years of playing locally, but nobody is following her progress more closely than the citizens of Anguilla. As far as they are concerned, she's a local gal made good, and the whole island is rooting for her. 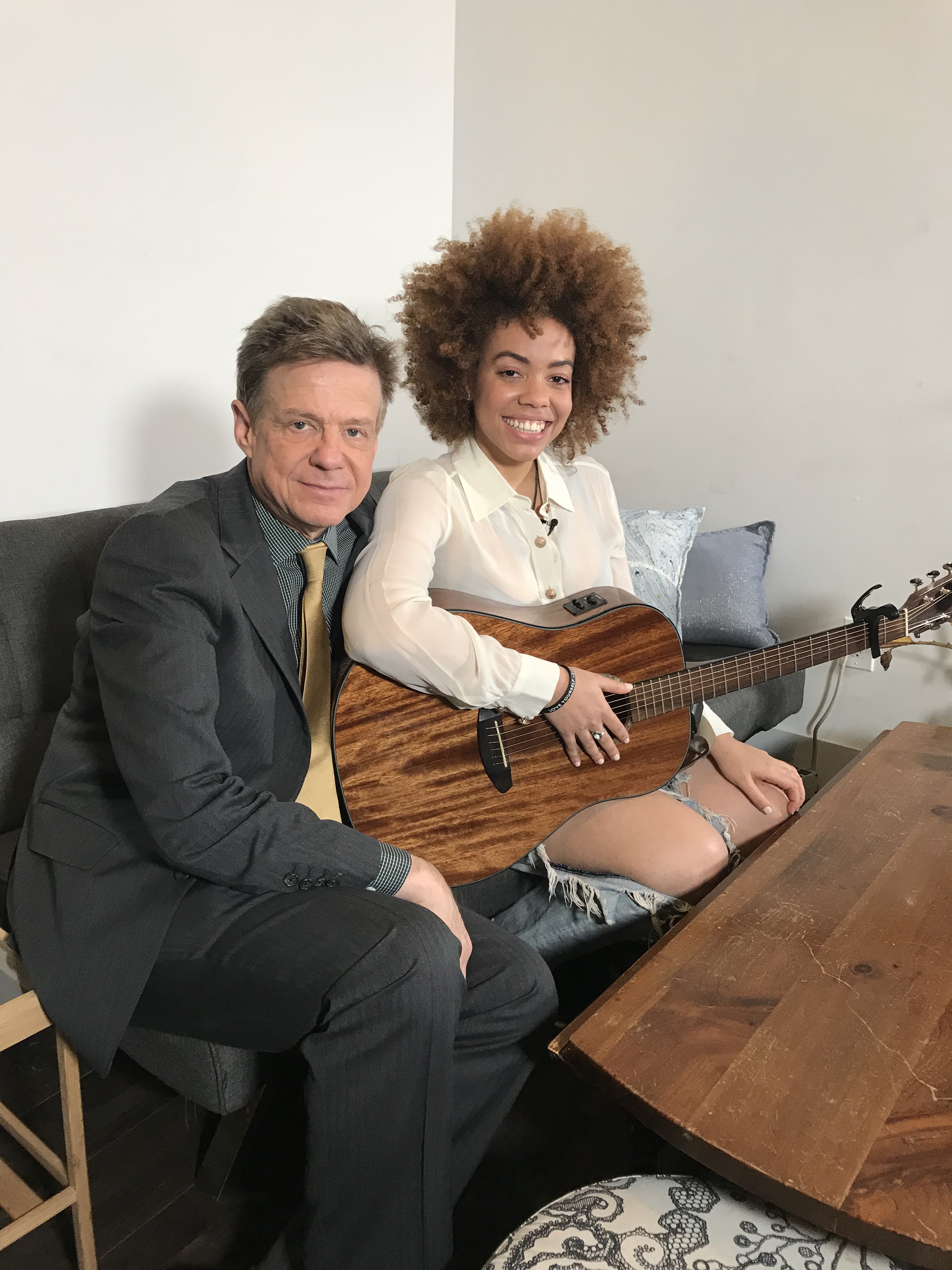 10-year-old found dead, covered in bruises inside apartment
Nearly 150 busted at unlicensed club inside Queens warehouse
AccuWeather: Sunny, but cold
Trump set to return to NYC for first visit since leaving office
Body of teen found wrapped in plastic in Manhattan
Show More
What to expect to get from the $1.9 trillion Senate stimulus
Where IS ruled, pope calls on Christians to forgive, rebuild
Police officers rush into burning home to rescue beloved dog, cat
MTA, restaurants would get billions under Senate stimulus
Ohio River search for boy, 6, to resume; mother charged with murder
More TOP STORIES News