WABC
Get your dancing shoes back on, America!

Because the new cast of ABC's 'Dancing with the Stars' has been revealed.

Host Tom Bergeron made the announcement during 'Good Morning America' on Wednesday.

The contestants who will be strutting their stuff on the dance floor during Season 28 are:

Hannah Brown
'The Bachelorette' and Miss Alabama 2018, known as Hannah B., is moving from looking for love to looking for the right dance moves.

Lauren Alaina
The 'American Idol' runner-up has gone on to release chart-topping country hits and albums. She won the New Artist of the Year award at the 2012 American Country Awards.

Christie Brinkley
The supermodel is currently on Broadway and will be featured in the upcoming season premiere of 'The Goldbergs,' a tribute to the 1980s' classic film 'National Lampoon's Vacation.'

James Van Der Beek
The star of 'Dawson's Creek,' and father of five, doesn't want to wait any longer to be on DWTS!

Ray Lewis
The former Baltimore Raven and two-time Super Bowl champion is trading the football field for the dance floor.

Kate Flannery
The actress made a name for herself as Meredith Palmer on 'The Office.' She also appeared on ABC's 'American Housewife.'

Ally Brooke
The Fifth Harmony singer is readying for the release of her upcoming solo album.

Kel Mitchell
He might need a Good Burger for energy! The star of 'All That' and 'Kenan & Kel' will bring his comedy stylings to the DWTS audience.

Sean Spicer
The former White House Press Secretary is stepping out of politics to try and win the Mirror Ball Trophy.

Mary Wilson
The Supremes singer says she is looking to make her 11 grandchildren proud!
(NOTE: Mary Wilson was not in New York for press interviews, she appeared on GMA via satellite)

Meet the cast of 'Dancing with the Stars' Season 28!

Professional dancer Peta Murgatroyd is returning to the show, last appearing on Season 25.

Bergeron announced on 'GMA' that the star-pro couples would not be revealed until the premiere.

To see who takes home the Mirror Ball Trophy this year, watch the season premiere of of 'Dancing with the Stars' Season 28 on September 16 on this ABC station.
Report a correction or typo
Related topics:
arts & entertainmententertainmentdancing with the starsgood morning america
Copyright © 2020 WABC-TV. All Rights Reserved.
DANCING WITH THE STARS 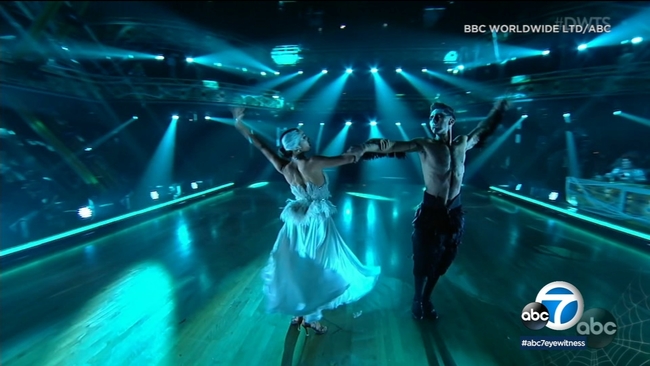 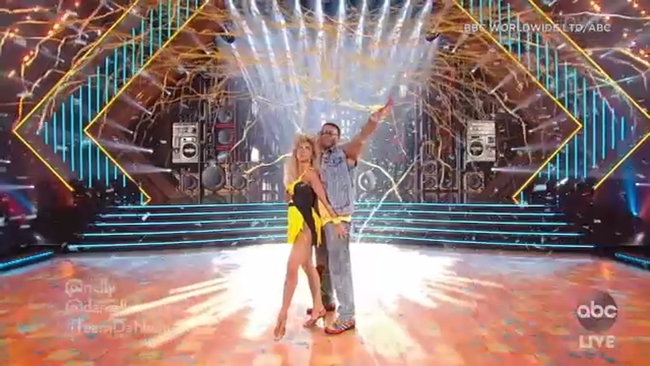 'Dancing with the Stars': celebrities get muscular