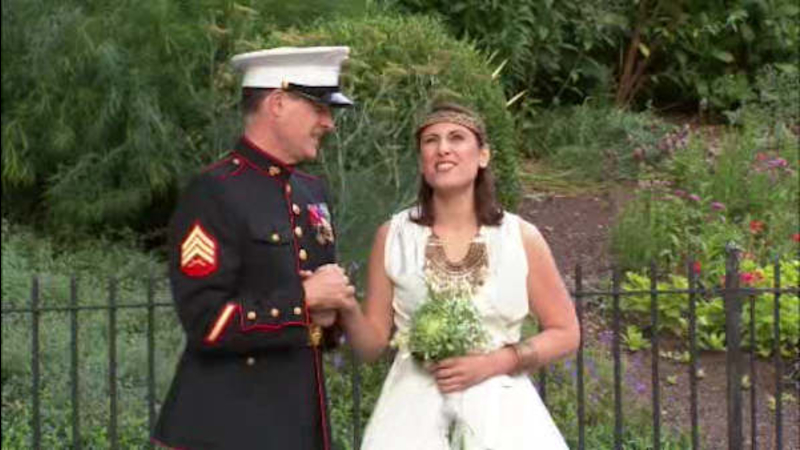 NEW YORK (WABC) -- Free Shakespeare in the Park is one of the highlights of a New York City summer, and the Delacorte Theater has played host to A-list stars like Denzel Washington and Meryl Streep.

But it turns out that's not only place where you can see Shakespeare in one of our parks.

This year marks the 400th anniversary of Shakespeare's death, but thanks to a couple of innovative productions, his universal themes of love and war have never seemed more timely.

"All the World's a Stage," he famously wrote, and the players at Carl Schulz Park on the Upper East Side are finding new truth in his words.

"This style with this theater company is unique, in that each scene is in a different area of the park," actor Daniel Patrick Smith said. "And so the children aren't sitting in chairs for two and a half hours. They get to
get up and run to the next scene."

"Thirty percent of our audience actually lives at or below the New York City poverty line," he said. "And we think it's incredibly important that everybody has access to professional theater."

The philosophy is the same uptown, where the Bard's plays are also performed for free in Marcus Garvey Park.

"It is one place where all these people of all different backgrounds can come together with no agenda to experience something great," Classical Theatre of Harlem producing artistic director Ty Jones said. "To see that we have a shared humanity."

Jones brought the company back from the brink during the recession, helping eliminate hundreds of the thousands of dollars in debt. And he does double duty as Macbeth, with Shakespeare's tragedy having been moved from Scotland to Jamaica

"It is a production that's been re-interpreted in a way that speaks to the community it plays to," cultural resource consultant Peggy King Jorde said.

It's a connection that makes Shakespeare come alive.

"When lady Macbeth says 'come you spirits who tend on mental thoughts,' this arena feels like a place

where those spirits would dwell," actress Andrea Patterson said.

Those presenting Shakespeare for free believe his stories are for everyone.

"Macbeth" runs for free in Marcus Garvey Park through Sunday, while the New York Classical Theatre is putting on "The Winter's Tale" for free in Battery Park until the middle of August.