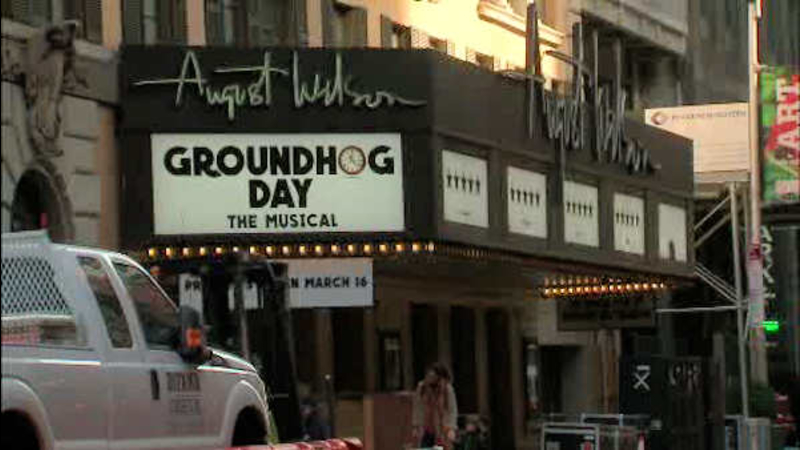 NEW YORK (WABC) -- "Groundhog Day" is classic film based around a seldom-celebrated holiday, and now, it's getting re-imagined as story for the stage.

The musical based on the movie was a big hit in Britain, and the cast gathered to sing a few songs from the show in a rehearsal hall near Times Square a few blocks north of the theater "Groundhog Day" will call home.

Bill Murray and Andie McDowell starred in the 1993 film, while Andy Karl and Barrett Doss headline the musical.

"I'm so excited to be in this show," Doss said. "It means a lot to me, and I know our other cast mates, too, who get to be a part of a musical that defies the expectation given the movie."

Both performers say Murray still makes them laugh as a cynical TV weatherman forced to travel to Punxsutawney, Pennsylvania to watch -- repeatedly -- to see if the famous Phil will see his shadow.

"The movie is terrific," Karl said. "I'm not going to shy away from that."

"What I think is beautiful about a musical of a movie that's so dry and funny and wry, we get to kind of stretch the entire emotional width of the film all the way," Doss added.

This is reflected in some beautiful music that also charts Phil's journey of being forced to re-live the same day over and over again to become a better man.