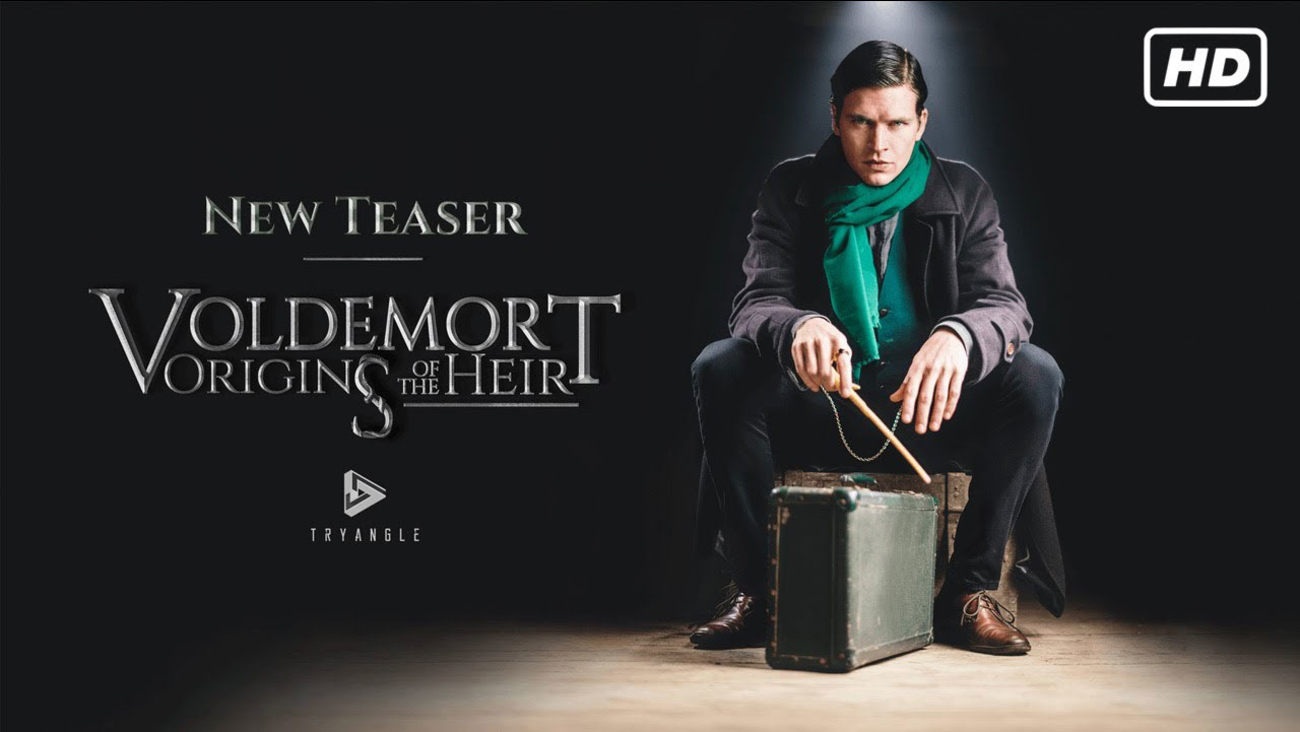 A promotional image for the fan film ''Voldemort, Origins of the Heir.'' (Tryangle/YouTube)

You might not be surprised to hear there's a new Harry Potter trailer with 38 million views on Facebook. But unlike other ultra-popular Potter films, this one is made entirely by fans.

Voldemort, Origins of the Heir, a project of independent film company TRYANGLE, has earned massive attention online in part due to the professional look the film appears to have. Though the film is not affiliated with Warner Brothers, the film's creators say it will be released soon with WB's approval.

The film's creators, Gianmaria Pezzato, Stefano Prestia and Michele Purin, initially set out to fund their project on Kickstarter, but it was taken down in July 2016 due to an intellectual property dispute. But last week a trailer was released for the film, and in an interview with Polygon, the creators explained that Warner Brothers had given the film the green light, as long as they don't profit from it.

"We had a private and confidential discussion with Warner Bros who contacted us during the period of the crowdfunding campaign," director Pezzato told Polygon via email. "The only thing we can say is that they let us proceed with the film, in a non profit way, obviously."

This case is similar to that of Axanar, another large fan film undertaking, this time by Star Trek fans. In that case, CBS and Paramount Pictures settled with the film's creators after suing over copyright law. They set out specific guidelines the film would have to follow in order to be released.

As for Harry Potter fans, many expressed excitement for the project but others had reservations, including the entire premise of the plot, as outlined in the trailer.

The story introduces a new character determined to stop Voldemort, but, as many fans pointed out, she could not be successful while staying true to the story. To this the film creator's replied, "we'll see you in a few months when the film is out, and when Grisha's character will be completely explained."

The creators of Voldemort, Origins of the Heir said it will be released for free on YouTube in the coming months.
Report a correction or typo
Related topics:
arts & entertainmentinternetmoviesyoutubeharry potter
Copyright © 2021 WABC-TV. All Rights Reserved.
More Videos
From CNN Newsource affiliates
TOP STORIES