'I'm part of a wonderful legacy': Brad Kane reflects on being the voice of Aladdin

WABC
Meet the man who brought a whole new world of music to Aladdin. Brad Kane, who was the singing voice of the title character, is sharing a behind-the-scenes look at what it was like recording songs for the classic Disney film.

Back in 1990, Kane was still a senior in high school. Scott Weinger had already been cast as the speaking voice for Aladdin, so it was a bit of a surprise when Kane got a call from his mom saying that the filmmakers wanted him to comeback in and sing for them.

Kane says it was important to him to capture the spirit of Aladdin's character that he saw in sketches in his songs.

"I wanted that exuberance and mischief to come through in my voice," Kane said.

When he went into the studio to first record "One Jump," Kane says hearing the piece played by a 75-piece orchestra was "terrifying," but it helped him achieve the energy and emotion he needed for that song.

With the film still a beloved part of the Disney canon more than 20 years later, Kane says he part of a "wonderful legacy."

"That stays with me wherever I go. It takes me down memory lane and it's a great privilege to have been a part of it."

Aladdin Diamond Edition will be available for the first time on Blu-ray, Digital HD and Disney Movies Anywhere October 13. 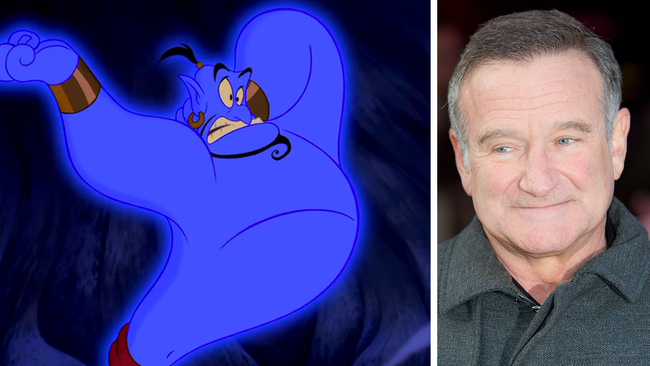