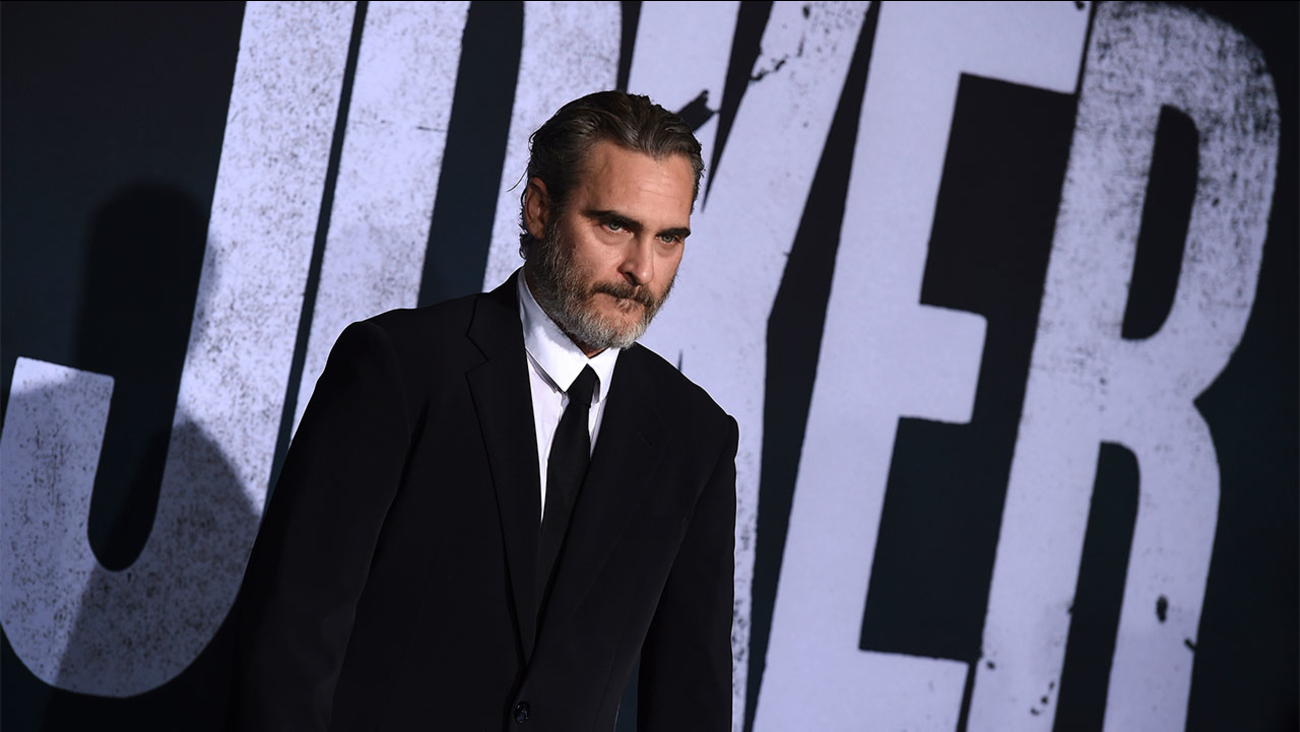 The movie about the origins of the comic book villain received 11 BAFTA nominations including best film, best actor for Joaquin Phoenix, and best director.

Martin Scorsese's gangster epic "The Irishman" and Quentin Tarantino's "Once Upon a Time in Hollywood" were close behind with 10 nominations each, including for best picture. Sam Mendes' war film "1917" also earned a best picture nomination two days after winning that award at the Golden Globes.

The Korean film "Parasite" also is on the best picture list.

The best leading actress will be chosen from among Scarlett Johansson, Saoirse Ronan, Charlize Theron, Renee Zellweger and Jessie Buckley.

BAFTA executives expressed dismay at the lack of diversity reflected in the nominations, which put only white actors up for the major acting prizes and have no women competing in the best director category.

"Being totally honest, we are disappointed, and that is not to take anything away from the people who have been nominated," British Academy Chief Executive Amanda Berry said.

The nominees in the majority of categories are selected in a vote by 6,500 BAFTA members around the world.

The winners will be announced at a Feb. 2 gala event hosted by comedian Graham Norton, a past BAFTA winner for his TV chat show.
Report a correction or typo
Related topics:
arts & entertainmentaward showsmoviestelevisionhollywoodmovie newsu.s. & worldeurope
Copyright © 2020 by The Associated Press. All Rights Reserved.
AWARD SHOWS

4 previous winners announced as first round of Oscar presenters