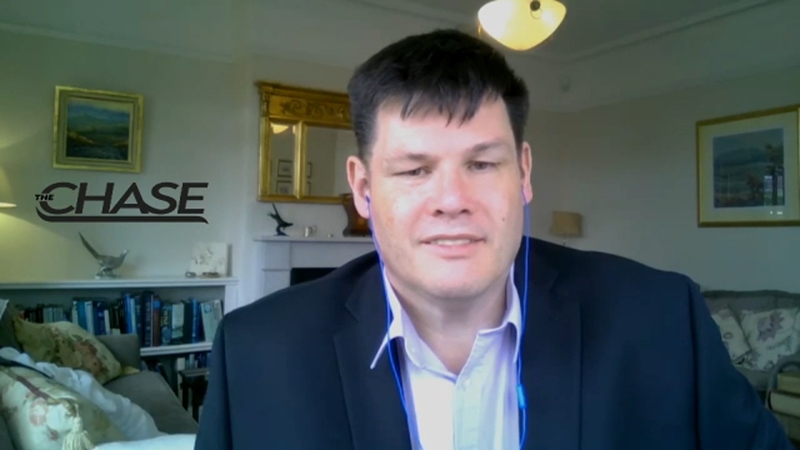 Mark "The Beast" Labbett has been dominating the trivia world for more than two decades.

Now, he's bringing his trivia chops to "The Chase."

Labbett has played "The Chase" in the UK and in Australia, so he's had a lot of experience at this particular game.

"They've all got their own different characteristics. Australia is the old-banger because it's pretty cheap for them for budgetary reasons. Britain is your middle-of-the-road standard car, and America with ABC is a much bigger budget, is your high-performance car," Labbett said.

Where do his weaknesses lie? Perhaps in US pop culture trivia because he doesn't live here, he lives in the UK.

"Famously a few years ago, I didn't know that Baskin Robbins had 31 flavors of ice cream," Labbett said. "And I was probably the only person in the studio that didn't know that."

If you're wondering how he got his nickname "The Beast", it's not just because he stands at a towering 6'6".

"My name is Labbett and la bte in French is the beast," he said.

He says the best part of the job has been hanging out with his fellow "Chasers" Ken Jennings, James Holzhauer, and Brad Rutter in the "Chaser Lounge."

"Hanging out in the Chase room has been the most fun because we've all got different styles," Labbett said. "James, we joke, is a cyborg sent from the future, and we're constantly working on his personality upgrades, brilliant quizzer but, Ken, I was surprised, I didn't realize what a dark, witty, he can be quite brutal at times. And Brad, he's always giving sartorial tips on how to be well dressed. Which is great, but as you might have noticed, I'm a big, bad Englishman, I don't worry about my fashion."

In the end, Labbett says he's in it to win, and the game moves so fast, he doesn't really have time to think about his opponent's feelings.

"You have not got any room in your brain for anything other than what's the answer to this question. I always say at that point, that I'm completely emotionless, because I'm just trying to think of the answers," he said.