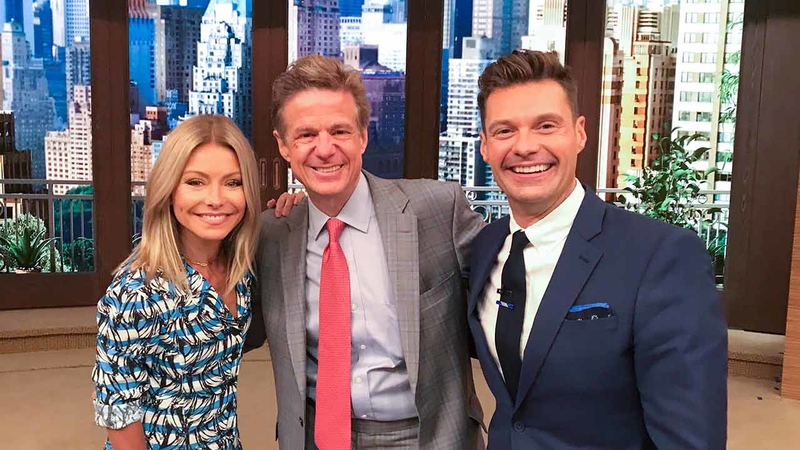 UPPER WEST SIDE, Manhattan (WABC) -- After a couple weeks away from the show, Kelly Ripa and Ryan Seacrest are back for their second season together on "LIVE with Kelly and Ryan."

Hosting the show for more than a year now, the two friends' comfort level with each other is apparent.

"Listen," Ripa told the "LIVE" audience. "I know Ryan Seacrest like I know the back of my hand."

"I do find the hour goes very fast when we've had a few days or weeks apart because there's so much to catch up on," Seacrest said.

During the two-week break, Kelly took her daughter on a tour of colleges, and Ryan took his girlfriend to Italy. Yet they still managed to keep in touch with each other.

"Sometimes I wake up in the middle of the night and say, 'She hasn't texted me back yet. Why? What did I say,'" Seacrest said.

"It's been very tough because we've been on different time zones, so that's been really tricky trying to figure out when Ryan's awake," Ripa said.

"I guess I learned that I actually could pull it off, but I wasn't sure if I could," Seacrest said. "And I didn't tell anybody that before we started."

However, for these two, the medium is not the message, but just a means to a happy end.

"You have a trust with each other and a shorthand we could theoretically do...without speaking," Ripa said. "But I think the audience would get bored."

"We would be fine," Seacrest said.

"We have such a shorthand with each other that we don't even need words," Ripa said.

"We're morphing into each other," Seacrest said.