WPVI
There is speculation that Janet Jackson could return to the Super Bowl halftime show.

Justin Timberlake has already been announced as the performer.

Joe Torres has the details on the Super Bowl halftime show.

Immediately, people began wondering if Jackson could join him again on stage.

Jackson had the infamous wardrobe malfunction during the duo's 2004 Super Bowl appearance.

The NFL said Monday that Jackson would be welcome and is not banned from performing during the show.

"There's no ban. We are not going to comment on any speculation regarding potential guests. There may be no guests. Along with Pepsi, we're excited to have Justin Timberlake. Like the elite NFL players who can run, catch, and block, Justin can do it all -- sing, dance, act and entertain. He's the ultimate global superstar who we know will put on an entertaining and unifying show that will appeal to the massive worldwide audience."
Related topics:
arts & entertainmententertainmentsuper bowljanet jacksonjustin timberlake
Copyright © 2021 WPVI-TV. All Rights Reserved.
RELATED 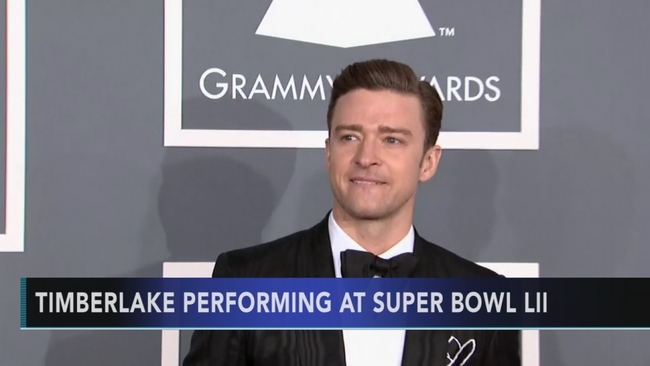