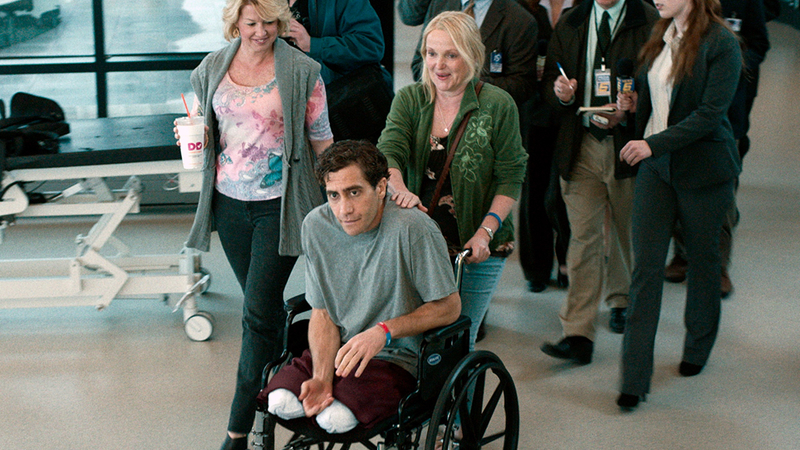 NEW YORK CITY (WABC) -- Years of great performances by Jake Gyllenhaal have been building to this moment: the moment when actor and role fuse so completely a movie critic can suspend disbelief, which is just a fancy way of saying the star inhabits his character so completely, it feels like he's telling the truth.

A bomb at The Boston Marathon left Jeff Bauman (pronounced 'Bowman') without legs, and "Stronger" tells the story of his recovery with the help of a girlfriend.

The story is made more interesting by the fact the couple had split up before the race. Jeff went to cheer her on, and perhaps win her back, and that's when tragedy struck. He was standing next to a bomb when it went off.

In this pivotal role of gal pal Erin, Tatiana Maslany (best known for playing multiple parts on TV in "Orphan Black"), proves equal to Gyllenhaal's consummate skill, and an extra level of poignancy is added by a reunion with Carlos,- the man who saved Jeff's life after the bomb went off.

"Stronger" is better for showing Jeff when he is weaker and we suffer with him as he tries to walk with his prosthetic legs, but the movie ends up honoring a guy who says he's no hero -- just a survivor.