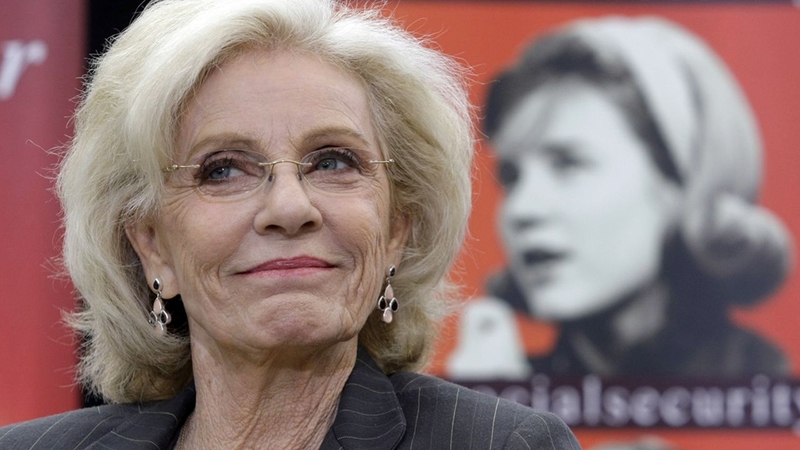 NEW YORK (WABC) -- Patty Duke, who won an Oscar as a teen for "The Miracle Worker" and maintained a long and successful career throughout her life while battling personal demons, has died at the age of 69.

Duke's agent, Mitchell Stubbs, says the actress died early Tuesday morning of sepsis from a ruptured intestine. She died in Coeur D'Alene, Idaho, according to Teri Weigel, the publicist for her son, actor Sean Astin.

Duke, born Anna Marie Pearce in Queens, astonished audiences as the young deaf-and-blind Keller first on Broadway, then in the acclaimed 1962 film version, appearing in both alongside Anne Bancroft as Helen's teacher, Annie Sullivan.

Duke burst on the TV scene in 1963 starring in her own sitcom, "The Patty Duke Show," which aired for three seasons in the mid-1960s. She played dual roles under an unconventional premise: identical cousins living in Brooklyn Heights, New York.

In 2015, she played twin roles again: as a pair of grandmas on an episode of "Liv and Maddie," a series on the Disney Channel.

Actor Sean Astin, her son with her third husband, actor John Astin, posted a photo on his Facebook page of the actress holding him as a baby and wrote a short tribute, "I love you mom.... This morning, our beloved wife, mother, grandmother, matriarch and the exquisite artist, humanitarian, and champion for mental health, Anna PATTY DUKE Pearce, closed her eyes, quieted her pain and ascended to a beautiful place. We celebrate the infinite love and compassion she shared through her work and throughout her life."

During her career she would win three Emmy Awards, for the TV film "My Sweet Charlie," the miniseries "Captains and the Kings" and the 1979 TV remake of "The Miracle Worker," in which Duke played Annie Sullivan with "Little House on the Prairie" actress Melissa Gilbert as Keller.

"I know she's in a better place. I will miss her every day but I will find comfort in the words of Helen Keller: 'The best and most beautiful things in the world cannot be seen or even touched - they must be felt with the heart,'" Gilbert wrote in tribute.

She also starred in several stage productions, including a return to Broadway in 2002 to play Aunt Eller in a revival of the musical "Oklahoma!"

In addition to her acting career, Duke served as the president of the Screen Actors Guild from 1985 to 1988.