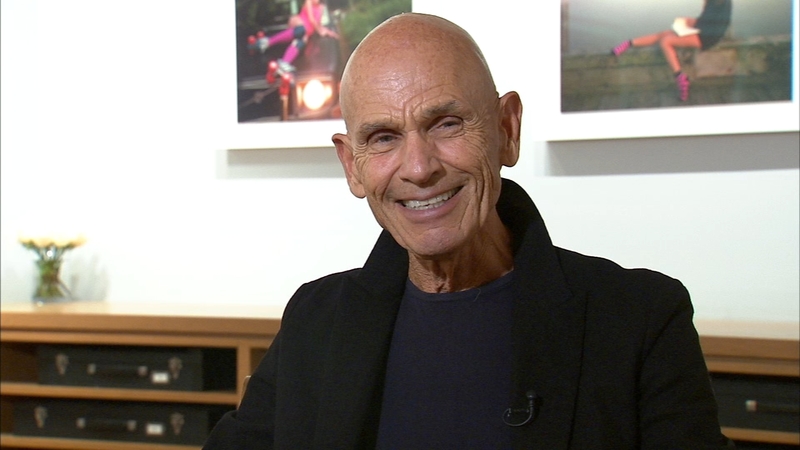 MIDTOWN, Manhattan (WABC) -- Photographer Joel Meyerowitz has traveled all over the world, but he continues to draw inspiration from his hometown.

The artist was born in the Bronx and says he finds beauty in some of New York's most ordinary details.

He likes to call himself a "street kid" who began taking pictures of people outside and went on to become one of the most famous photographers in the world. Along the way, he's shown us the soul of our city, and plenty of other places, too.

He makes the mundane magnificent, and he finds much meaning there.

"Part of the gift of photography is that ordinary stuff in our life is transformed," he said.

Transformed, he says, by the magic of the light that casts a unique spell during what is called the "magic hour" after the sun has set.

"It's romantic or it's mysterious," he said. "It has a quality to it, different from the harsh edgy sunlight of midday."

At the Howard Greenberg Gallery in Midtown, his pictures seem to have more meaning the longer one looks at them.

Each print sells for $10,000 or more, but you don't have to be rich to appreciate the work. The artist is as accessible as his photographs.

"I grew up in the southeast section of the Bronx," he said.

The large camera he used to make the photographs allows for great detail, which he put to use decades later at ground zero.

"It's a way of honoring, you know, all of it," he said. "Nature and tragedy and humankind, and particularly the efforts of all of those people who were working there."

A lifetime retrospective book will be published next year, and while recent still-lifes may represent an evolution, they're not really a departure from his life's work to see beauty in ordinary things.

"You don't have to go to the Parthenon or the Grand Canyon or Yosemite," he said. "You can see it in a telephone booth in a parking lot."