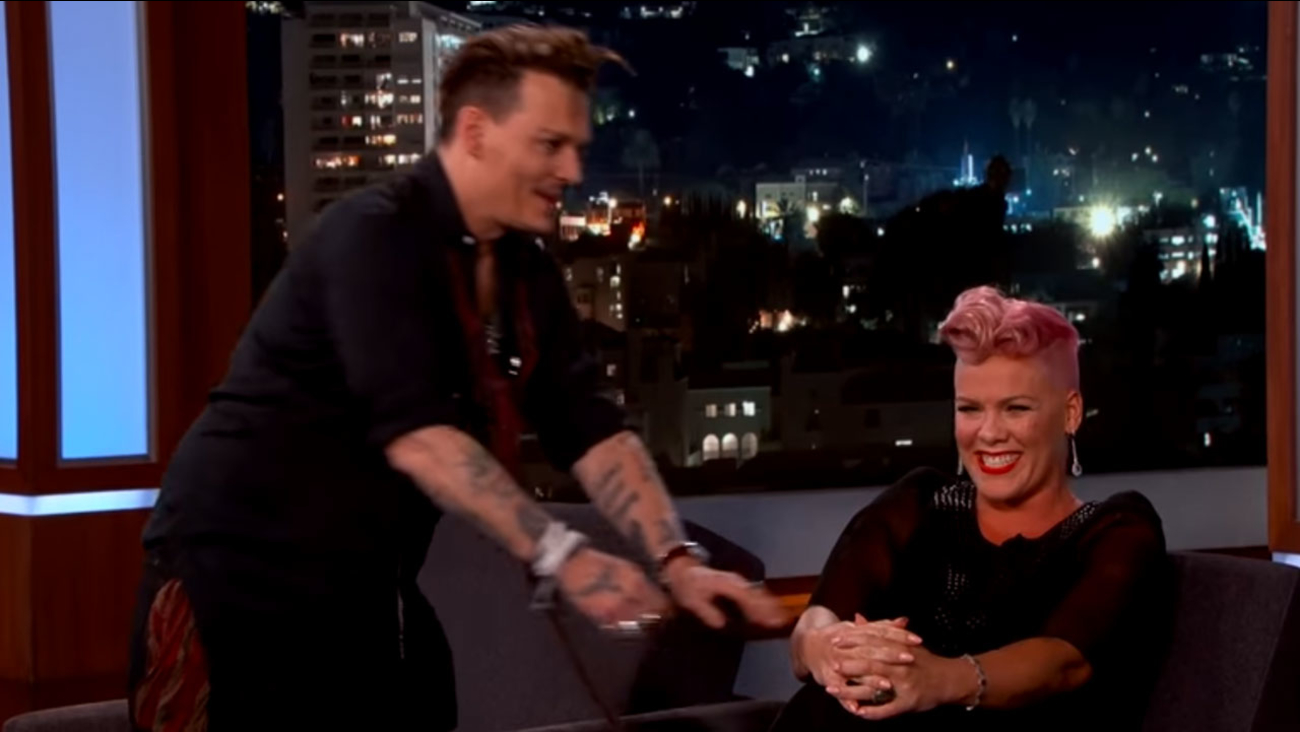 Johnny Depp made Pink turn a little red. When the singer was on Jimmy Kimmel Live this week, she admitted to having a crush on Depp and Michael Keaton. So of course Kimmel had to bring in a surprise guest.

Pink told Kimmel that she avoids her crushes because she gets so nervous around them that she can't speak. Depp, though, plays the Mad Hatter in the upcoming Alice Through the Looking Glass film, for which Pink wrote a song, so her husband "made her" introduce herself to Depp in a record store. According to the "Just Like Fire" singer, the encounter did not go well.

Later on in the interview, Depp himself crept onstage. Pink screamed "No!" and hid her face as he approached, but she also laughed and hugged him. Depp lingered only for a moment, but that was enough for Pink.

"That was awful," she said after he left. "This is the worst day ever."

Alice Through The Looking Glass hits theaters May 27.

The Walt Disney Company is the parent company of Walt Disney Pictures, ABC and this station.