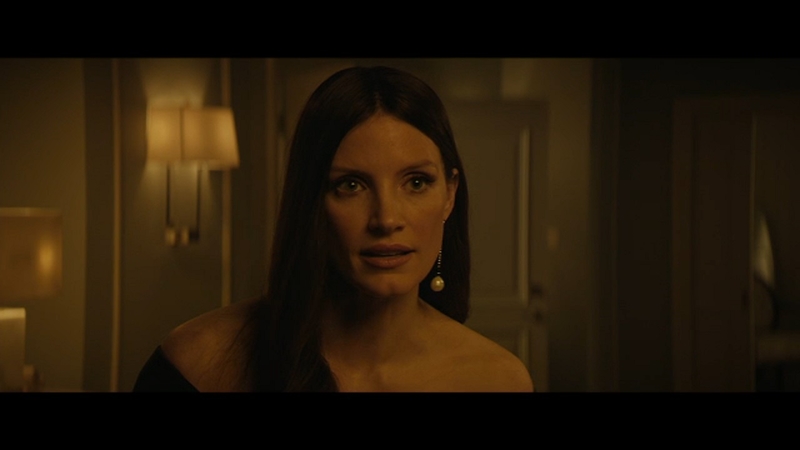 Tabloid readers might remember her as "The Poker Princess," but as Molly Bloom says in the new movie about her, "if you think 'Princess' can do what I did, you're incorrect."

The daughter of a college professor, Molly's first brush with fame came as a skier on her way to the Olympics before an injury ended that career, and she found another after moving to Los Angeles on a whim. Molly worked for a real estate developer who happened to run poker games, and she began helping him. Soon, she "was in a room with movie stars, directors, and business titans. They were going in all in, all the time. Talking all the time, too! And, that get's tiresome, although I did enjoy seeing how selfish & greedy the stars are!"

"Your money is my money," says one of them played by Michael Sera. He stands in for those, like Leonardo Di Caprio and Tobey Maguire, who actually played, "Molly's Game" in the early aughts.

Jessica Chastain finds the humor and the heart but also the decency in this alpha female, who earned millions running poker games out West before coming East -- where she upped the ante in New York City.

"First buy-in $250,000," she tells her cronies in one scene. "That's going to make noise," one of her workers predicts. It was much noise as it turned out. Bloom got busted and stood trial in Federal Court. Idris Elba plays her lawyer and asks a simple question, "Why you in this alone? Where are the people you're protecting by not telling the whole story?" Molly responds, "it's not their names I'm protecting, Charlie. It's mine." "Tell me why!! "-- he demands. "Because, it's all I have left!," she yells back at him. That's dramatic, but less than truthful given the very real danger of naming the names of some very unsavory characters connected to The Russian Mob!

Writer Aaron Sorkin, who is directing his first movie, is a tad too willing to give Molly the benefit of the doubt. Her father played by Kevin Costner says admiringly towards the end, "you've managed to build a multi-million dollar business using not much more than your wits."