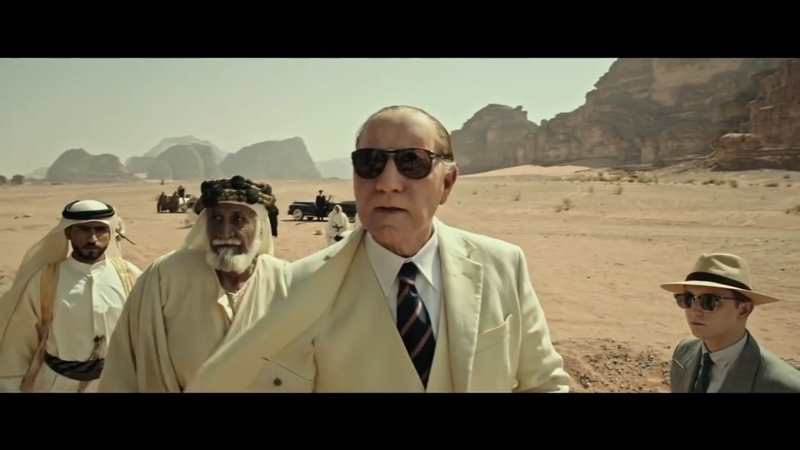 Sandy Kenyon reviews 'All The Money in The World'

NEW YORK (WABC) -- It's the mostly-true story of a kidnapping that garnered international attention. "All the Money in the World" tells the story of the kidnapping of J. Paul Getty's grandson.

The real-life story was compelling enough, but the shooting of the film came with its own drama.

Kevin Spacey's supporting part was re-shot with Christopher Plummer after Spacey faced allegations of sexual misconduct this past fall - meaning "All the Money in the World" had to be rushed into release, leaving me wondering how good could it be?

The fact one star was replaced with another is interesting, but I hope it won't overshadow the movie because this is one of the best films of the year.

The family business was oil, which made J. Paul Getty the richest man in the world when his grandson was kidnapped in 1973.

The ransom demand is made to his mother -- played by Michelle Williams -- but Getty wasn't inclined to spend any of it.

Getty sends an ex-C.I.A. agent -- played by Mark Wahlberg -- to try to free the boy.

His attitude shifts as he spends more time with the kidnapped boy's mom. And his training kicks in as the kidnappers up the ante and cut off the teen's ear to show they're serious.

It's a tribute to director Ridley Scott that he creates real suspense, even though the outcome here is known and sure. He saved his movie by re-shooting - but that should not obscure how fine a film everyone involved have created here.

Christopher Plummer was reportedly the director's first choice to play J. Paul Getty; and a person who saw both performances cut together preferred Plummer's.