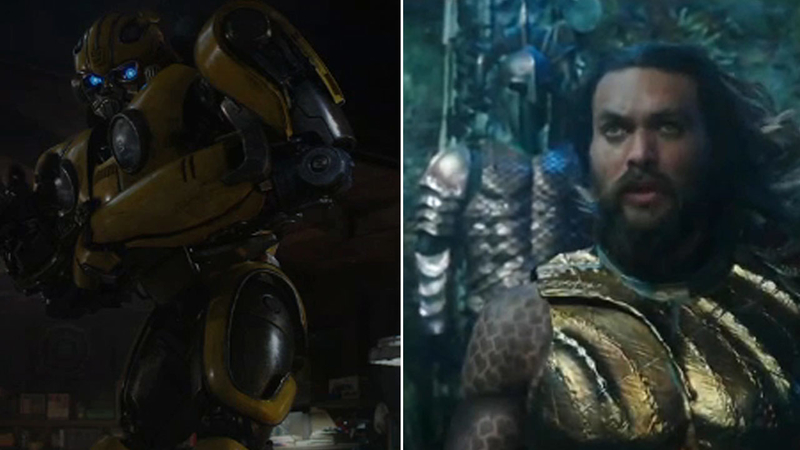 NEW YORK CITY (WABC) -- Two blockbuster action movies in "Aquaman" and "Bumblebee" are out in theaters this holiday season. One I like and the other I don't, so let's begin with the bad news first.

There were gasps at the screening I attended when Jason Momoa's torso first appeared, and he is the best reason to go and see "Aquaman."

He does his best, and so do Amber Heard and Nicole Kidman, but much of what happens is waterlogged.

"Aquaman" is what's called "critic proof," which is just another way of saying most moviegoers don't care what folks like me say about it and therefore will not care that it is at least a half an hour too long.

The film has already made a quarter of a billion dollars overseas.

"Bumblebee," meanwhile, is an attempt to revive the popular "Transformers" franchise by taking it back to the future (back to the 1980s) where one of the Transformers flees the bad bots and escapes to earth.

It ends up at the home of a young 18-year-old mechanic played by Hailee Steinfeld, who was so good in "True Grit" and held her own opposite Jeff Bridges and Matt Damon.

"Bumblebee" is so full of heart, thanks also to a mechanical co-star who has never seemed more lifelike.

If you're a parent of a tween or young teen, make this a must-see movie to see together. And having been bashed numb by all the "Transformer" sequels, nobody is more surprised than me that I'm able to recommend this charming prequel.