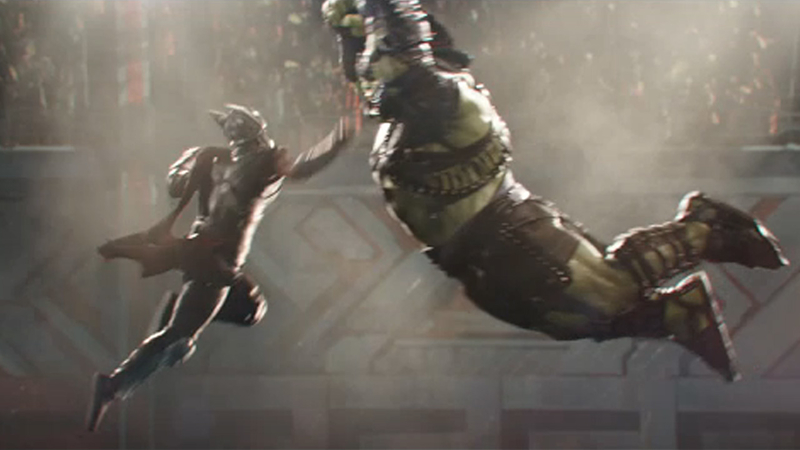 NEW YORK (WABC) -- Marvel's "Thor: Ragnarok" is going to dominate the nation's box offices this weekend, so much so that the Hollywood studios long ago moved their big budget films out of Thor's mighty path.

The third time is the charm for Thor, and by charm, I mean this movie is more accessible to everyone, even those moviegoers who don't even know that MCU is short for "Marvel Cinematic Universe."

Thor's fellow Avenger The Hulk, played by Mark Ruffalo, seem like an enemy at first, but they are friends again soon enough as both try to escape a goofy grand master played by Jeff Goldblum.

The superheroes must be free to stop the evil Hela, played by Cate Blanchett. She is Thor's evil sister and hell bent on controlling their home planet of Asgard, the same place he's supposed to rule.

Their brother Loki is looking to exploit both sides to his advantage, but truth be told, I was having too much fun to care a lot abut the plot.

It's hard to miss Thor's new look, and star Chris Hemsworth explained that the new look was his idea.

"In this new change of direction, I said let me cut the hair, too," he said. "Because then I don't want to sit in hair and makeup every morning and put the wig on."
EMBED More News Videos

"Ragnarok" refers to the imminent destruction of Asgard, but don't take the cosmic giggle too seriously. And be sure to bring your sense of humor with you for a movie that should please everybody from comic book geeks to those who wonder what those aficionados are always making such a fuss about.