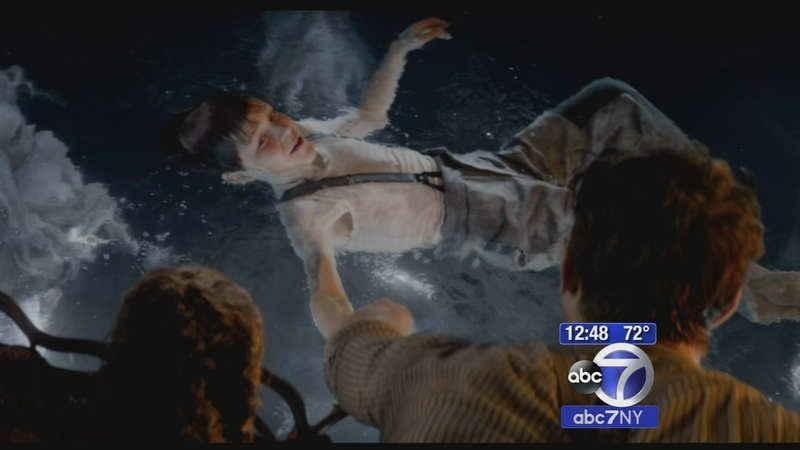 NEW YORK (WABC) -- A new movie about a decades-old tale is flying into theaters Friday. "Pan" takes you back to Neverland for a new look at the story through the eyes of Peter Pan himself.

The studio releasing "Pan" is set to lose at least $100 million on it, and it's easy to see why.

An attempt to re-imagine the story is so bad, it's painful. It is a flop of epic proportions and a terrible waste of money for those who made it - and for those unlucky enough to see it.

Even Hugh Jackman's biggest fans might not recognize him as an evil pirate, and he looks to be having a good time playing such a bad guy.

But the star is the only one having any fun in Neverland, a name most fitting for a movie that should never have been made.

The story of an orphan named Peter and his adventures in the land of the fairies has captivated children for generations. But any kid watching this noisy mess of movie will wonder what all the fuss is about, while their parents keep glancing at their watches, marking time and counting the minutes until it finally can be over.

Rooney Mara is one of the most promising performers working in the film industry today - promising enough to survive a movie so bad it would have ruined the career of a lesser talent.

Young Levi Miller makes a fine Pan, but the fault here lies not in the stars, but in a script that should never have been shot.