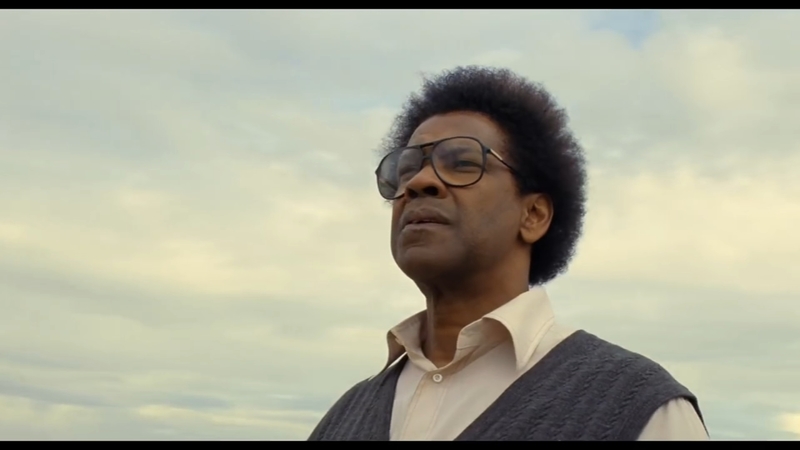 NEW YORK (WABC) -- Denzel Washington is back on the big screen in the new movie "Roman J. Israel, Esq.," and it's already earning some buzz ahead of award season.

Denzel has earned a couple of Oscars for "Glory" and "Training Day," and now, he makes a strong bid for a third Academy Award in a movie opening in limited release on November 17. As a lawyer with mental challenges, he is good enough to merit a nomination. But I question whether his movie is good enough to get him in the race.

He won one Oscar for playing a hero and another as an anti-hero, but even given the wide range of his previous roles, this movie represents a dramatic departure.

Roman is on the autism spectrum, but his formidable memory is enough to get him a job at a law firm run by Colin Farrell's character. His old firm closed after the death of his partner, and at Roman's new job, his contrarian ways quickly cause problems, specifically when he plea bargains.

He is a man who seems stuck in the 1970s: a progressive lawyer who still sports what was called an Afro in that era. He's a paper pusher in a digital age, but Carmen Ejogo's character, a local community activist, is sympathetic to him.

Ejogo is luminous in her role, and her chemistry with the offbeat attorney is consistently interesting. But as wonderful as the performances are, the plot of the movie is ludicrous almost from the start.

Roman, who is essentially a good man however eccentric he may seem, abandons his principles and commits a serious crime. His explanation that "each one of us is greater than the worst thing we've ever done" is inadequate to explain the sudden plot twist that comes in the middle of the movie.

I applaud Denzel's willingness to diminish his considerable star power to this degree, as he dresses down and bulks up playing someone so completely different from himself.

But if "Roman J. Israel, Esq." doesn't succeed as drama -- and it doesn't -- then one is left to admire his performance rather than love this movie.

So should you go and see it? For fans of Denzel Washington, the answer is yes, because you will surely gain new appreciation for his formidable skill. But it's hard to fully believe him if you don't buy what's happening to his character.
Report a correction or typo
Related topics:
arts & entertainmentdenzel washingtonentertainmentmovie reviewsandy kenyon
Copyright © 2021 WABC-TV. All Rights Reserved.
More Videos
From CNN Newsource affiliates
TOP STORIES