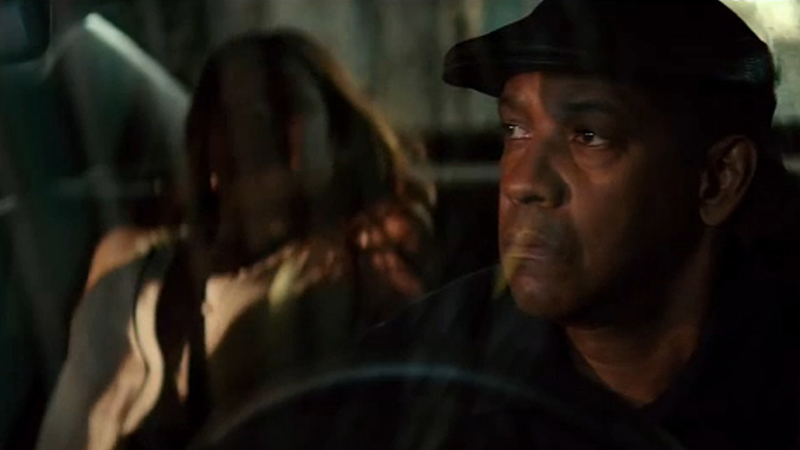 NEW YORK CITY (WABC) -- A new movie starring Denzel Washington hits theaters this weekend, but does "The Equalizer 2" live up to the original?

Washington's character, Robert McCall, is a violent vigilante disguised as a Lyft driver, and the sequel to "The Equalizer" is supposed to show more clearly why this former government assassin causes so much mayhem.

We do, however, see him as a mentor to a young man in Miles Whittaker, played by Ashton Sanders.

The minutes pass slowly between fights, and each one of his attacks is timed. But this gimmick reminded me that I did not really learn enough about Washington's character as he goes about seeking justice for various victims.

This is Washington's fourth movie with Antoine Fuqua, who guided him to an Oscar in "Training Day" -- a far better movie -- but few play flawed characters better and few can do what Washington does.

"The Equalizer" holds our attention and shows us what lurks beneath the surface of this man with such economy, but that's what I said the last time he played this part, and there's not enough new in the sequel.

Long scenes pass when not much happens and are punctuated by graphic violence that is tough to watch at times, and it just doesn't add up enough for me to urge you to pay to see "The Equalizer 2."