Sandy Kenyon reviews 'The Hate U Give' 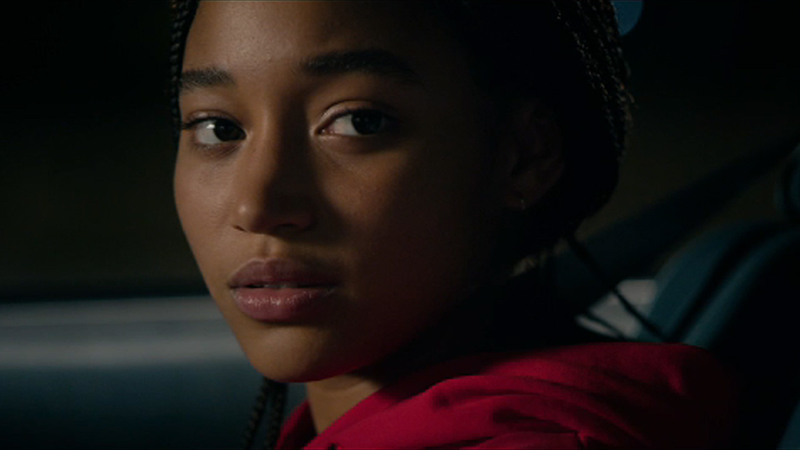 Sandy Kenyon reviews 'The Hate U Give'

"The Hate U Give" made the Black Lives Matter movement come alive for me, and it sure helped that the lead is played by a star of tomorrow who is here right now in Amandla Stenberg.

The film takes its title from a lyric written by the late rapper and poet Tupac Shakur, as a young woman named Starr's father explains, "Pac was trying to school us on how the system's designed against us."

The dad raises his family in the dangerous neighborhood where he owns a grocery store, and the local high school is a violent place where, as his daughter explains, "You go to get jumped, high, or pregnant."

Starr, who is African American, goes across town to another, very different high school where the majority of the students are white. As she tells us, "Williamson is another world, so when I'm here, I'm Starr Version 2."

The way the kids there appropriate black culture is just one of the details this movie gets right.

So the story of a young woman caught between two different worlds seems more real, and when the narrative turns serious and one of Starr's friends gets shot dead in front of her by a policeman, I was fully engaged and ready to be enlightened.

We watch the aftermath as narrated by a local TV reporter: "Today, Morgan Heights is reeling after the shooting of a 17-year-old black teenager by a white police officer."

As the only witness, Starr is caught between her duty to tell the truth and the demands of a drug dealer played by Anthony Mackie. He feels, "it's best if she don't testify," and threatens her with violence.

Her uncle, a police officer played by Common, has another perspective.

"We live in a complicated world," he tells her, before she responds, "It doesn't seem complicated to me."

Zulu language and the power of Stenberg's performance brought to mind others who have become big stars in one movie -- think Emma Stone in "Easy A" or Brad Pitt in "Thelma and Louise."

Veteran George Tillman Jr. directed the film, but his lead actress has made it her own.