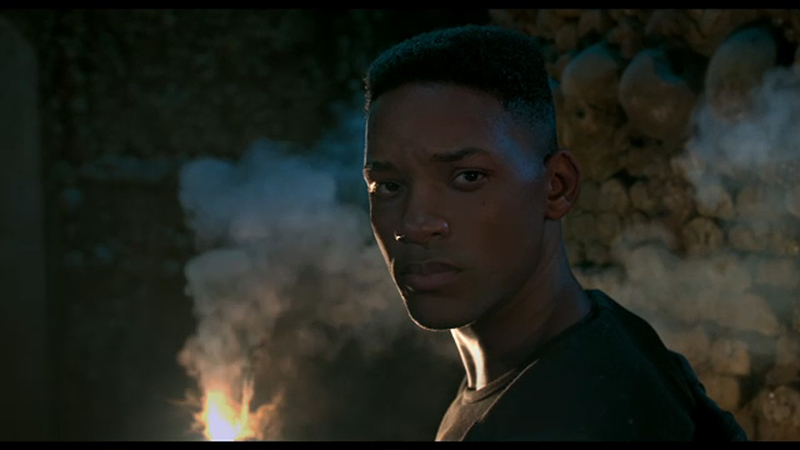 NEW YORK (WABC) -- The film "Gemini Man" has been in development for more than 20 years, with stars from Harrison Ford to Clint Eastwood and Arnold Schwarzenegger to Sean Connery wanted to play the title role. But half a dozen writers tried and failed to make the script work, and technology also needed to improve.

So was it worth the wait?

Will Smith is the man who finally got it done, and he plays an assassin looking to retire who is trying to figure out why his own government is trying to kill him. And the guy on his trail looks very familiar.

An agent along for the ride, played with flair by Mary Elizabeth Winstead, tells Smith's character, "I think I know why he's as good as you. He is you."

The star goes mano a mano against himself in "Gemini Man," explaining that he plays "both 50-year-old Henry and 23-year-old Junior, who's sent to kill him."

Computers make this possible in 2019. This is not de-aging. This is not face replacement. The way you see Junior is a completely digital creation, driven by Smith's performance, which is captured by sensors on his face.

You will find this wonderful or weird, and the same goes for the story. The explanation is lengthy.

"Your father took my blood, and he cloned me," Henry tells Junior. "He made you from me."

Dad is played by Clive Owen, who cloned Henry to give the younger man the older man's gifts "without his pain."

The implications are frightening, or at least they're supposed to be.

The movie is not as bad as all this might suggest, nor is the action. But why has this movie earned Oscar winning director Ang Lee some of the worst reviews of his career?

Well, a great first hour leads to a tedious and talky finale, and murky 3-D left me unable to follow some of the action.

This veers dangerously close to a vanity project for Will Smith, because after all, he plays not one, but two lead parts. The digital technology that makes it possible isn't quite where it needs to be so that it's 100% convincing, but the real problem here is the story -- which doesn't fully pay off on an interesting premise.