'The Secret Life of Pets 2': A unique fusion of performer and character 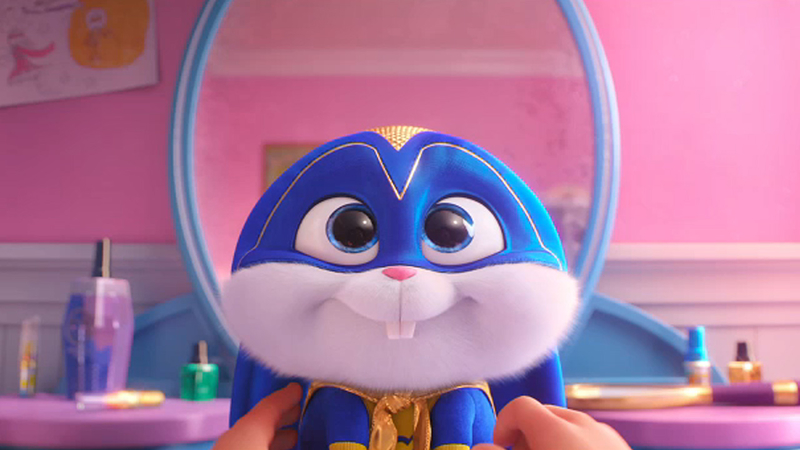 'The Secret Life of Pets 2': A unique fusion of performer and character

NEW YORK (WABC) -- A new animated sequel made by the same people who gave us "Minions" and "Despicable Me" is about to hit theaters, but these characters are from a big hit back in the summer of 2016.

"The "Secret Life of Pets 2" picks up where the original film left off.

Max watched over his owner in the first movie, but now, he is protecting her son in the second. And like the original, the sequel begins in Manhattan.

This time, the terrier and his shaggy pal Duke go on a trip to the country, where Harrison Ford plays the big dog, named Rooster.

Max is a bit neurotic, but as voiced by Patton Oswalt, he's the kind of lovable mutt you'd like to take home.

"He is so sweet," Oswalt said. "I would take him home in a second. He seems really, really cool, because he just wants to hang out with his people."

His friends are just as endearing, each in their own way.

Daisy is voiced by Tiffany Haddish, while the rabbit named Snowball is played by Kevin Hart.

"From the facial expressions to the antics, movements, hands, you're going to see me," Hart said. "And I love that the animation matches the personality."

His performance is filmed as he reads, as there's a camera in the booth that captures everything.

"There's nothing that you're doing that's not being captured," Hart said. '

The result is unique fusion of performer and character.

Take Lake Bell's fat cat, for example. She told me she can "relate to Chloe in that I'm very sarcastic. I enjoy being very independent and assertive."

Her two kids are still young, but Bell is looking forward to sharing "The Secret Life of Pets 2" with her 4-year-old.

I had a great time watching this movie with a young audience, and I think you will as well. Still, it's not as charming or funny as the first movie, which I loved.

I liked this one, it was just not quite as good.