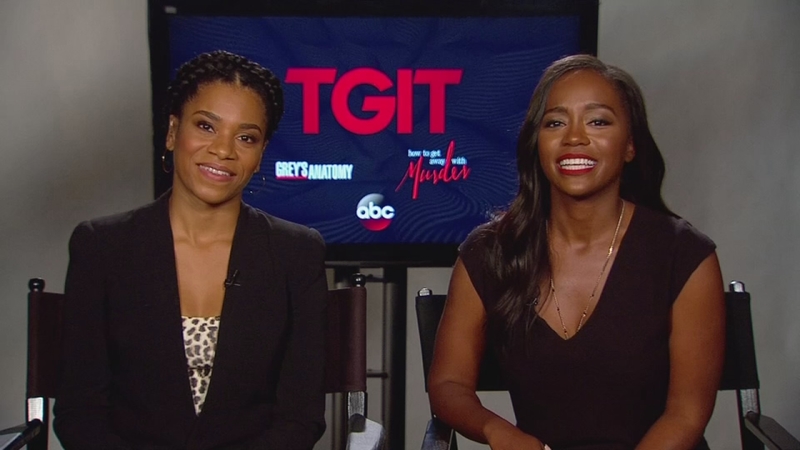 NEW YORK -- It is big week filled with big premieres, but maybe none quite as anticipated as the return of TGIT!

Kelly McCreary who plays Maggie Pierce on "Grey's" talked about what's next for Maggie at Grey Sloan Hospital.

"It literally never occurred to Maggie that Jackson might be interested in her in 'that way,' and really it's about investigating whether or not that's true and if it is then what it really means for Maggie, for April, for what it means for Jackson," McCreary said.

.@GreysABC is back & bringing the drama! Teddy returns & Meredith is in a love triangle in this exclusive sneak peek https://t.co/HE9R7CfgzN pic.twitter.com/R3i0ef2dWO

"Grey's Anatomy" picks up with the return of Dr. Nathan Riggs' wife and Owen's sister, and the love triangle that creates with Meredith.

It’s officially Thursday! Get ready for #TGIT with this teaser look at the New Season of #HTGAWM coming 9/28. pic.twitter.com/1tGCfdvXqU

Meantime, fresh off the plot of who killed Wes, "How to Get Away With Murder" the characters are all trying to figure out how to move forward.

"For Michaela, with everything that's gone on these past couple of seasons, this is so far away from where she intended her life to be," said Aja Naomi King, "HTGAWM's" Michaela.